HISTORY DETAILS
In early 1589 Inawashiro Morikuni joined the Daté side. Ashina Yoshihiro mustered and army and marched to Suriagehara, where Daté's men were formed and ready for battle. Yoshihiro deployed his army and attacked. The Ashina vanguard made good progress against the turncoat Morikuni which forced Daté Masamune to act quickly to plug the hole in his line. Both sides then advanced, but Masamune could bring forward more units and soon the Ashina were driven back and began to crumble.
The stage is set, the battle lines are drawn, and you are in command. Can you change history? 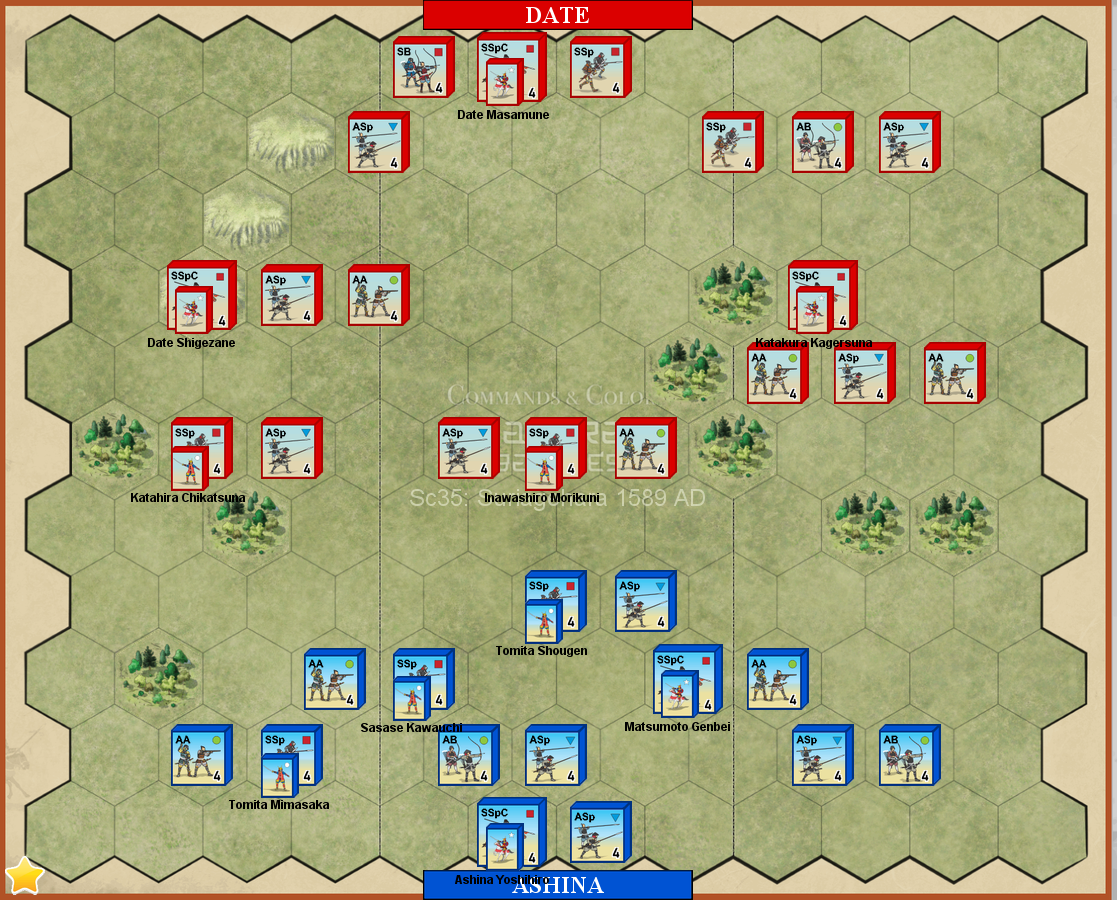 Victory
7 Banners
* 1 Victory Banner for each unit or leader eliminated.

Special Rules
* The River Tonegawa is impassable except at the shallow fords.