On June 6, 1944, the 3rd Canadian Division landed on Juno Beach in the Battle of Normandy and sustained 50 percent casualties in their first hour of attack. By the end of D-Day, the Canadians had penetrated deeper into France than either the British or the American troops at their landing sites, overcoming stronger resistance than any of the other beachheads except Omaha Beach. In the first month of the Normandy campaign, Canadian, British, and Polish troops were opposed by some of the strongest and best trained German troops in the theatre, including the 1st SS Division, the 12th SS Division and the Panzer Lehr Division. Several costly operations were mounted by the Canadians to fight a path to the pivotal city of Caen and the south towards Falaise.
In this scenario, three heavily armored trucks carrying supplies try to sneak past a German roadblock. 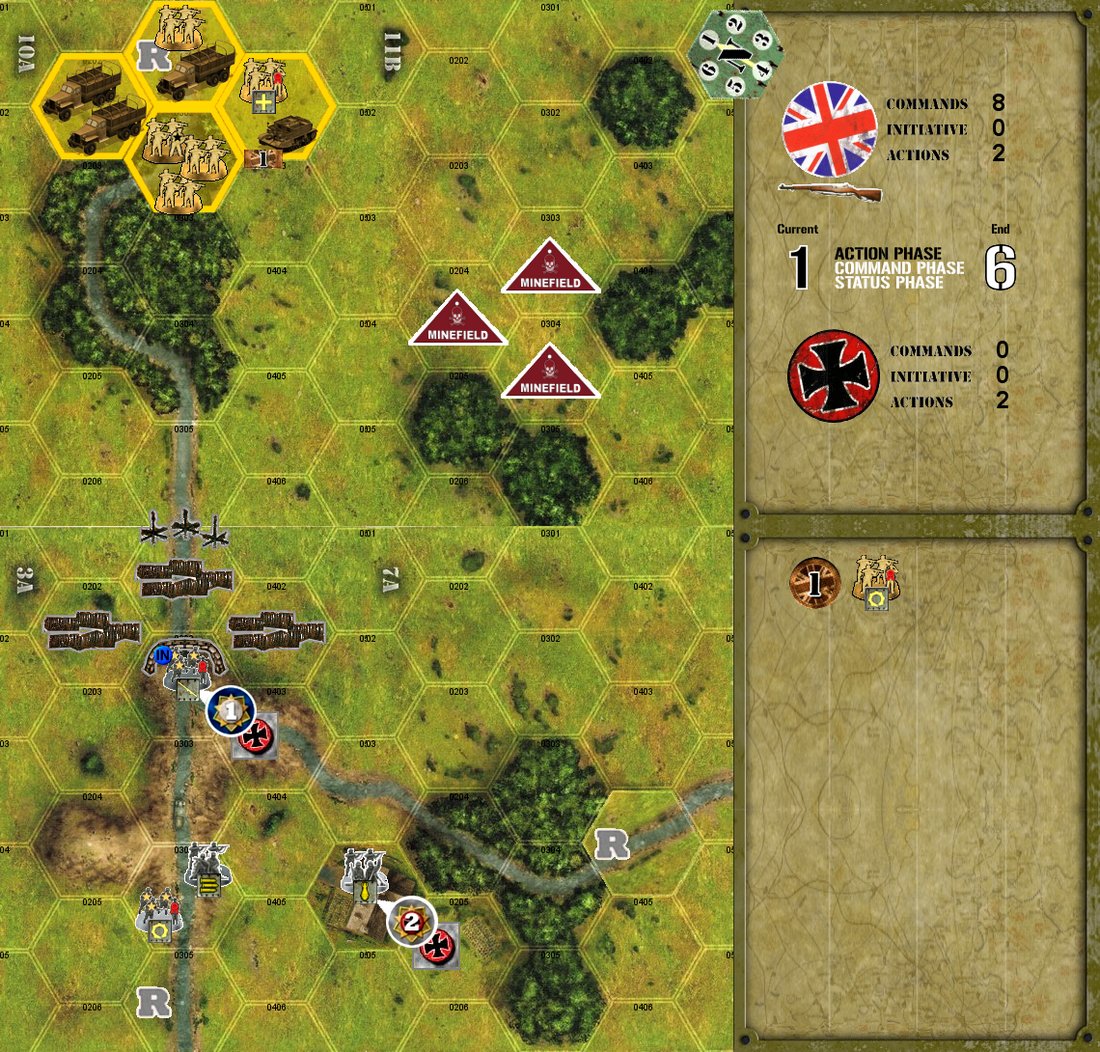