By November of 1941, the British had heavily reinforced the 8th Army and launched attacks with their new Crusader tanks. Confusing, see-saw armor battles raged between the 7th Armored Division ("Desert Rats') and Rommel s Panzetgruppe Afrika. Although badly battered, the British attacks forced Rommel to abandon his siege of Tobruk and retreat.

"In a man-to-man fight, the winner is he who has one more round in his magazine."
General Erwin Rommel 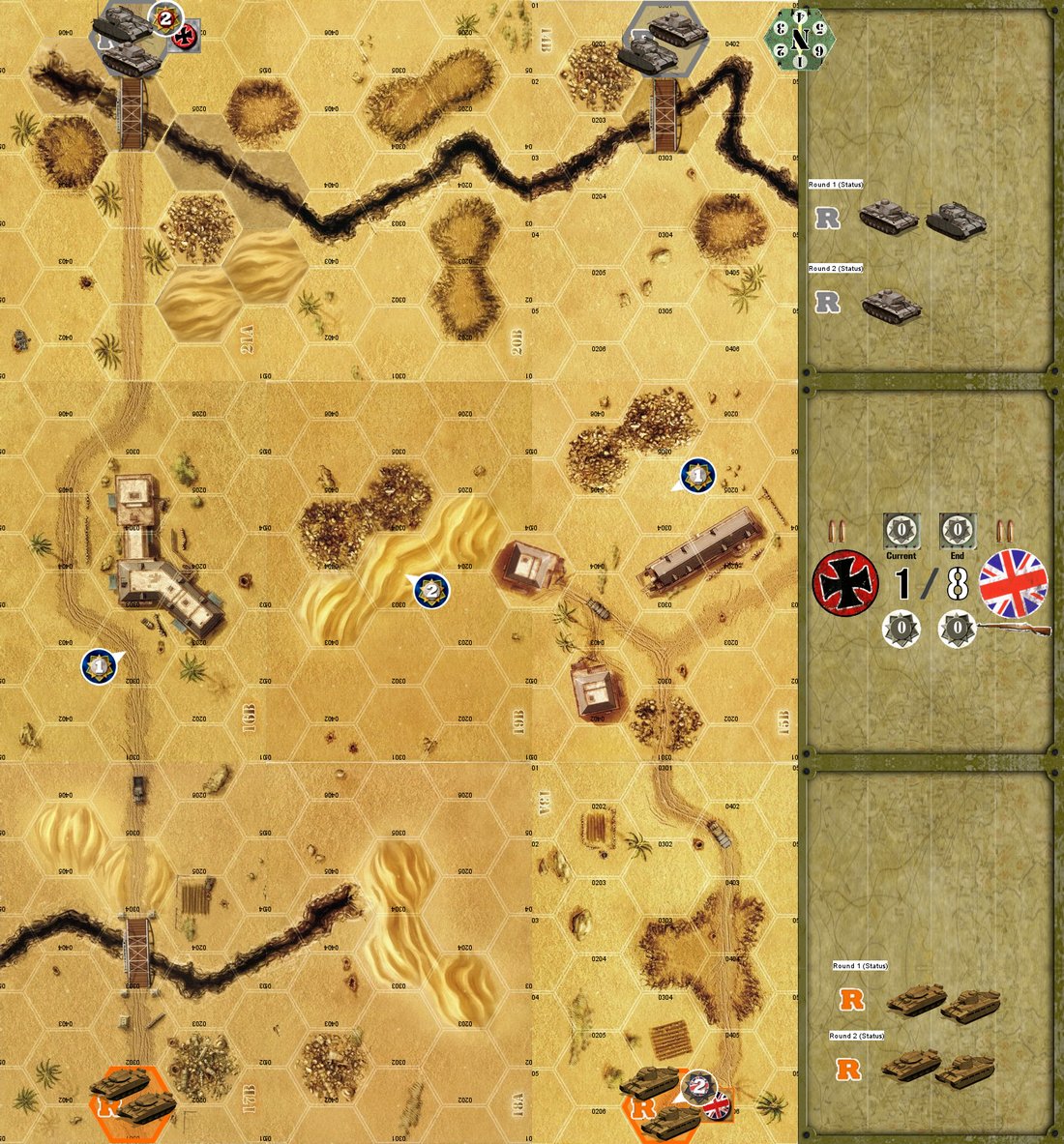 JVHillegas-Elting replied the topic: #895 3 weeks 3 days ago
I played this one (solo) a few years ago--before this website existed--and so I don't recall in detail which faction won or lost the three or four times I played. I do, however, recall that it was very fun and seemed pretty balanced.

pino replied the topic: #893 3 weeks 3 days ago
The British win at the end of round 4. German Tanks almost useless in defense. Dice & Bad Luck play an important role in the German defeat.

pulpulfolker replied the topic: #882 1 month 2 weeks ago
Quick scenario, balanced for both sides, leaving the outcome part of the strategy and luck in the dice.
Matilda Mk. II Tank in the dunes against the Panzer IV in the mountains, the duel is served.

wrote:
Rommel said following in this scenario:
"In a man-to-man fight, the winner is he who has one more round in his magazine."
-General Erwin Rommel

Rommel said following in this scenario:

"In a man-to-man fight, the winner is he who has one more round in his magazine."
-General Erwin Rommel

Thx again for your great works!!

Germany neither intends nor wishes to interfere in the internal affair of Austria, to annex Austria, or to conclude an Anschluss (May 21st, 1935)