Written by Mark McG. Posted in Campaigns of the Shimazu clan

HISTORY DETAILS
Learning of the main advance of the Ryuzoji army, which hoped to crush his domain, Shimazu Iehisa chose to make a stand at Okitanawate despite being heavily outnumbered. In addition to being a confined area, Iehisa constructed a palisade across one end of the valley and then divided his army, placing an ambush force on each side of the valley. Ryuzoji Takanobu was confident of victory as he advanced with his army down the valley, but as his force approached the pallisades, the Shimazu ambush force rose up and attacked from each side. As the Ryuzoji vanguard began to waver, Akaboshi Nobuie charged forward, which caused panic among the attackers. Takanobu sent a message to the front to enquire what was happening but the message was misunderstood and the Ryuzoji forces started to withdraw. The Ryuzoji withdrawal turned into a rout when Ryuzoji Takanobu's head was taken.
The stage is set, the battle lines are drawn, and you are in command. Can you change history? 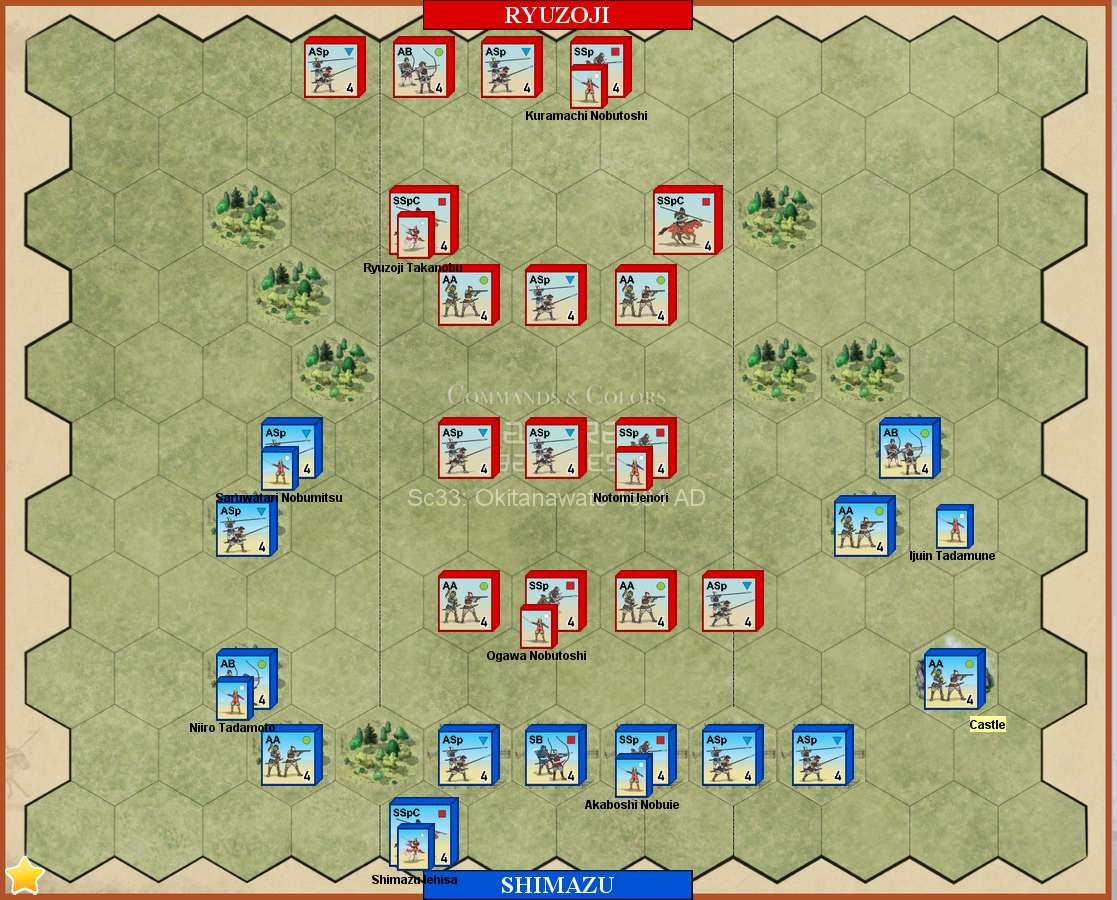