Written by Mark McG. Posted in Campaigns of the Shimazu clan

HISTORY DETAILS
Ito Yoshisuke consolidated his gains over Hyuga province with the capture of Obi. Ito then pushed into Osumi, a holding of the Shimazu clan. Shimazu Yoshihiro only had a few men with him, but was determined to make a stand. By most accounts, he fielded slightly over 300 men to Yoshisuke's 3000, but the Shimazu were well led, took up a defensive position, and used feigned retreates to stretch out and disorganise the Ito as they advanced. By the end of the day, the Shimazu clan still held the field.
The stage is set, the battle lines are drawn, and you are in command. Can you change history? 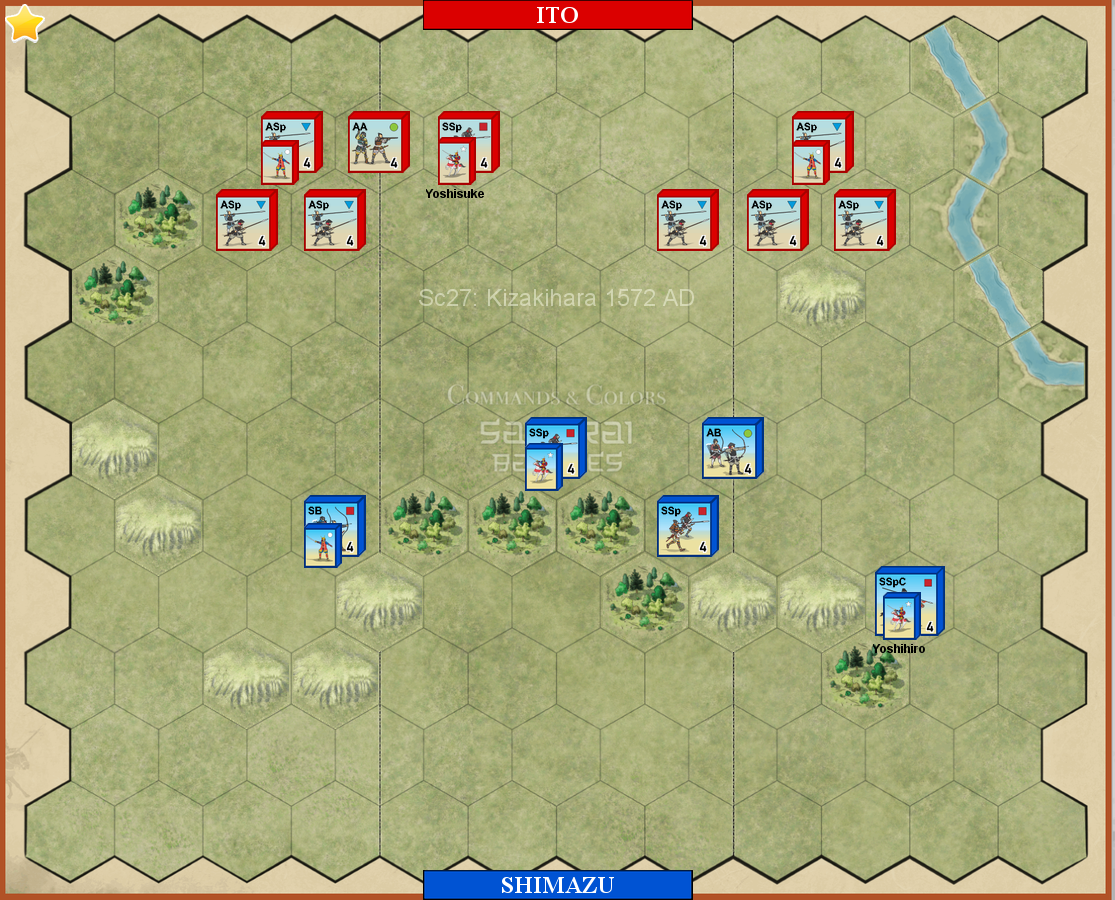 Victory
4 Banners
* 1 Victory Banner for each unit or leader eliminated.

Special Rules
* The river is impassable.

Mark McG replied the topic: #913 2 weeks 2 days ago
Ito have no cavalry, 1 ranged unit.
The variety of Command cards are most important here, if the Shimazu are mobile they can dominate, but a dud Command draw could completely immobilse them.
Read More...