HISTORY DETAILS
In the summer of 1575. Takeda Katsuyori led his army into the Tokugawa domain and besieged Nagashino Castle. Oda Nobunaga and Tokugawa Ieyasu led a combined army to relieve the siege. They established their position on the plain of Shitirabara. Their army contained 3,000 Teppo with European arquebuses purchased from Portuguese traders. Even though Takeda Katsuyori was faced with a numerically superior force, Katsuyori, over the objections of his veteran commanders, opted to attack. Wary of the Takeda cavalry charge, Oda Nobunaga constructed wooden palisades, interspersed with breaks to allow counterattacks. When the Katsuyori attack force emerged from the forest, counting on the Oda gunpowder being wet from the recent rains, Katsuyori saw an opportunity to defeat his enemies and ordered his cavalry to charge. Firing by rank, the Teppo decimated the first wave of cavalry as they tried to close for the kill. Takeda's pride became his downfall. Time and again, he ordered new charges that all failed. Thousands of Takeda cavalry dies as a result. Unable to breach the Oda defenses by mid-afternoon, the Takeda were forced to retire and the siege was lifted. This battle marked the end of the unchallenged ascendency of the mounted samurai.
The stage is set, the battle lines are drawn, and you are in command. Can you change history? 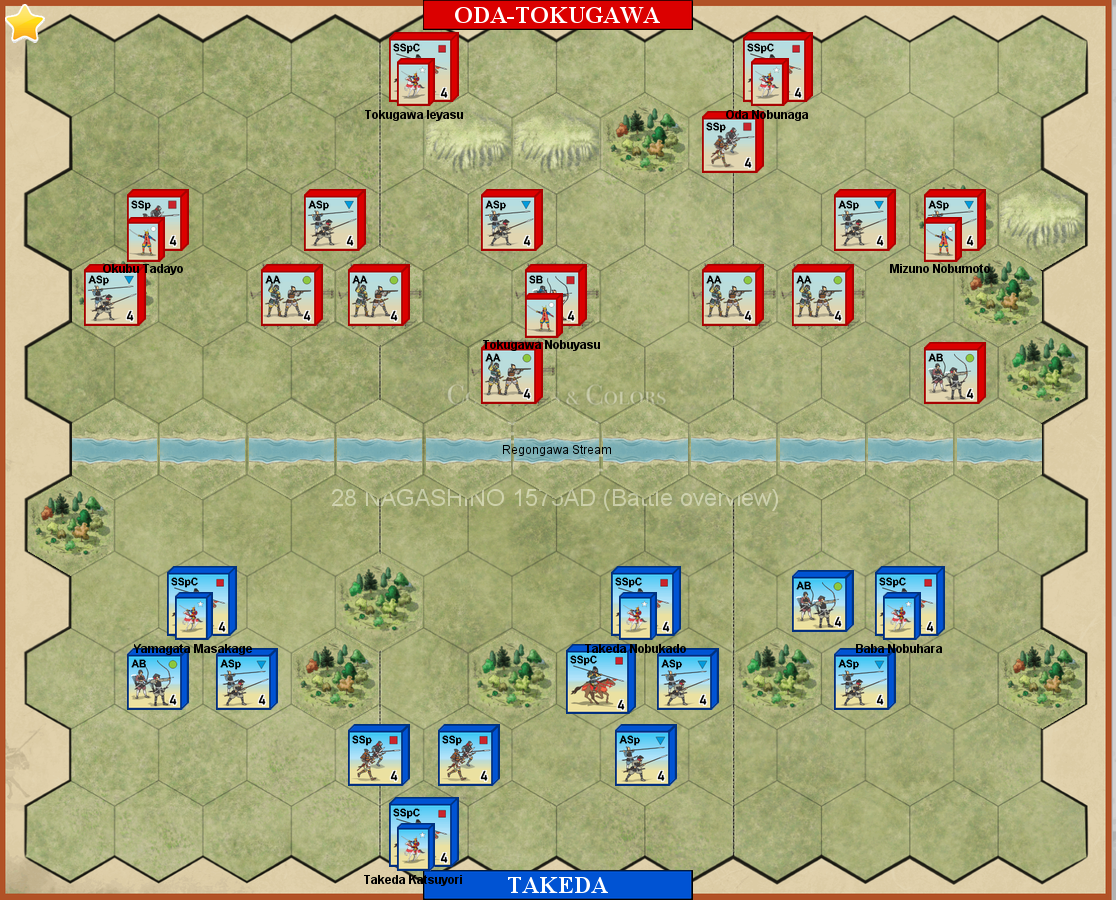 rjvonline replied the topic: #826 7 months 2 weeks ago
Two games, one narrow defeat and one large victory for the Takeda. That river and Oda-Togukawa firing line protrcted by palisades look daunting when you're racing against the clock (the Oda-Togukawa can score VPs by playing "Order 1 Unit" cards), but it can be done. Red Devils forward! (In both games, I got Cvaalry Charge and Order All Red Units, and I'm not sure what you can do if you don't get these cards)
Read More...