HISTORY DETAILS
Even though Takeda Katsuyori was faced with a numerically superior force, Katsuyori, over the objections of his veteran commanders, opted to attack. Wary of the Takeda cavalry charge, Oda Nobunaga constructed wooden palisades, interspersed with breaks to allow counterattacks. In the center, when the Katsuyori attack force emerged from the forest, he saw an opportunity to defeat his enemies and ordered his cavalry to charge. It was a straightforward fight, with Naito Masatoyo and Takeda Nobukado leading the attack. The Oda-Tokugawa line, held out in the face of a series of Takeda cavalry charges, which could not to break the gunner's resolve. Unable to breach the Oda defenses by mid-afternoon, the Takeda were forced to retire and the siege was lifted. The victory was a measure of revenge for Tokugawa Ieyasu who had lost an army to the Takeda cavalry earlier at Mikata-Ga-Hara.
The stage is set, the battle lines are drawn, and you are in command. Can you change history? 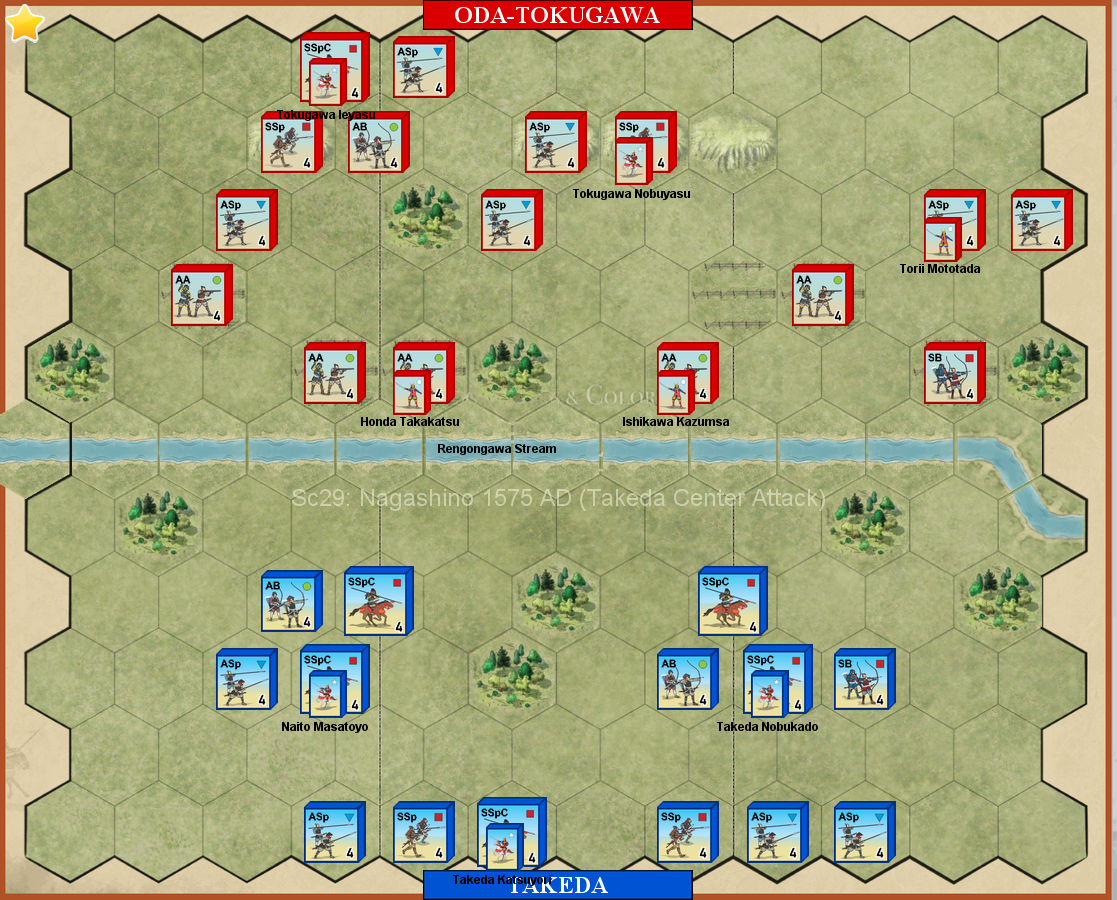 Andrew H replied the topic: #896 4 months 1 week ago
Should have said - 5 Tokugowa banners to seven Takeda.
Andrew H replied the topic: #895 4 months 1 week ago
Slow Takeda attack, getting the infantry forward to take out the gunners. Several Tokugowa units reduced to one block, so they were pulled back and replaced by reserves. Gunfire and an couple of unsupported attacks gave Tokugowa four banners, Takeda had two. Then a combination of Move Red units and then cavalry charge rolled over some weak Tokugowa units on the Tokugowa left and into the 'one-block' survivors - who did not survive. Four banners in one turn and Ieyasu's Guard change into Kaysuori's guard did not stop him rolling up a center unit for a victory.