HISTORY DETAILS
As both sides deployed for battle with Oda facing Asai and Tokugawa against Asakura, the one engagement actually became two separate battles. On the Oda right flank, the Asai were having the better of Nobunaga’s troops. One Asai samurai named Endo Kizaemon had resolved to take Nobunaga’s head and came close to penetrating as far as the Oda headquarters, where a vulnerable Nobunaga had chosen to enter the battle unarmoured. Seeing the Oda plight, Tokugawa Ieyasu, who had crossed the Ane River after defeating the Asakura, drove into the Asai’s right flank.
The Oda reserve, led by Inaba Ittetsu, simultaneously struck the Asai left flank and even the Oda detachment at Yokoyama Castle left the siege to join the battle. The Asai were defeated and driven from the field. 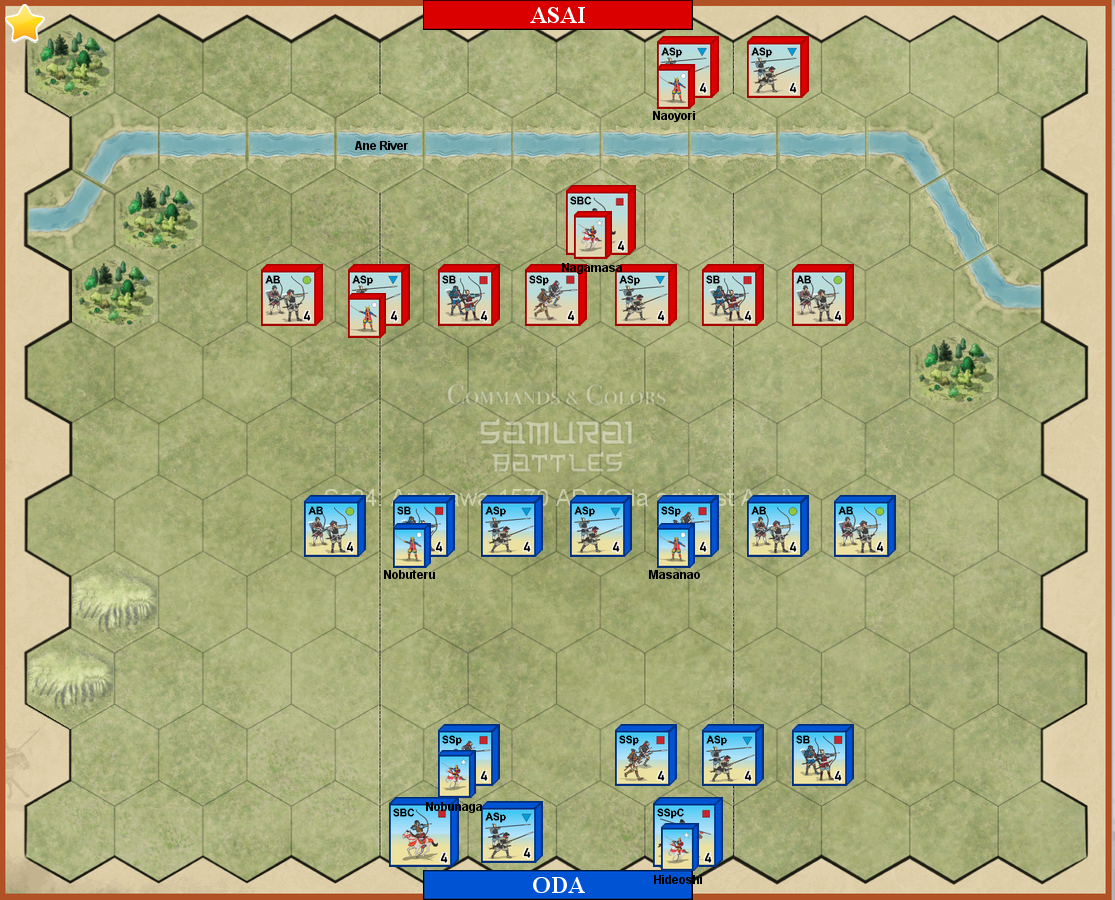 Special Rules
* The entire Ane River is fordable. In addition there is no movement restriction.