HISTORY DETAILS
In 1570, Amako Katsuhisa was convinced to return to samurai life after living as a monk for four years. He joined Yamanaks Shilanosuke at Niiyama Castle just in time to meet the invading Mori forces about to cross the Linashigawa. It was determined that Niiyama Castle could not withstand a general assault, so it would be best if the Amako forces fought in the open. As the Mori army set about crossing the Linashigawa, the smaller force of Yamanaks Shikanosuke attacked. Meanwhile, Mori Terumoto, concealed by forest, made a flanking march and attacked the castle. Word came to Shikanosuke that the castle had been captured, so with no place to fall back, Shikanosuke ordered the Amako forces to retreat.
The stage is set, the battle lines are drawn, and you are in command. Can you change history? 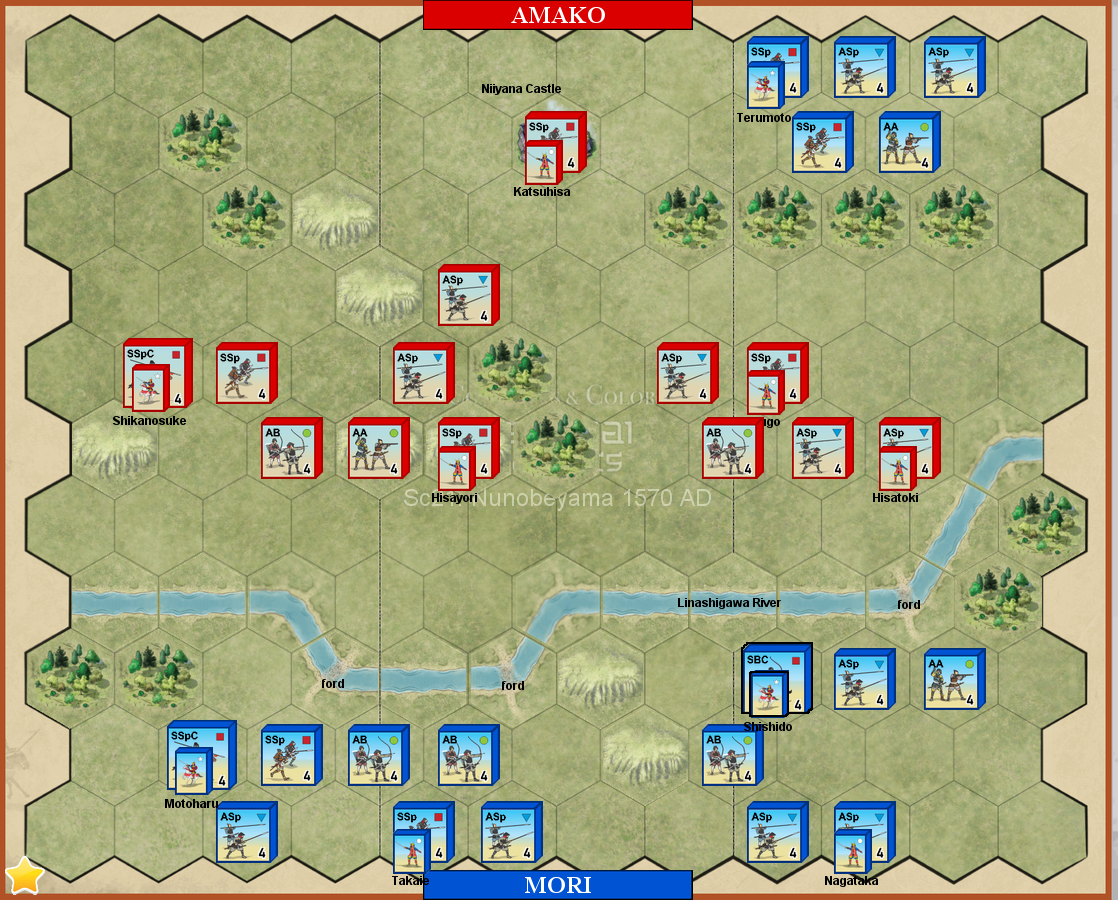 Victory
5 Banners
* 1 Victory Banner for each unit or leader eliminated.
* The Mori player will gain 1 permanent Victory Banner when a Mori unit occupies the Castle. In addition, the Amako player will lose 1 command card selected at random when the castle is captured. A permanent victory banner once gained cannot be lost or be gained a second time.

Special Rules
* The entire Linashigawa River is fordable. In addition, there is no movement or battle restrictions at the shallow fords.
* Treat Niiyama Castle as a building terrain hex.