Taking advantage of Hojo preoccupation with a dispute with the Imagawa, the Satomi and Ashikaga gathered an army to attack the Hojo's Musashi outposts. Ujitsuna hastily assembled troops from Izu and Sagami, pausing to assemble them at Edo before moving on to Konodai. There, the Satomi and Ashikaga forces were set upon and defeated with relative ease. Ashikaga Yoshiaki's son Motoyori was killed in battle leading his Samurai, and in grief, Yoshiaki went mad with rage. A Hõjõ archer recognised him and put an arrow into his chest. (Turnbull, Samurai Commanders (1) 976-1576; p.48) Resulting from Ashikaga's death, the allies collapsed and the Hojo pursued the Satomi onto the Boso Peninsula. The stage is set, the battle lines are drawn, and you are in command. The rest is history. 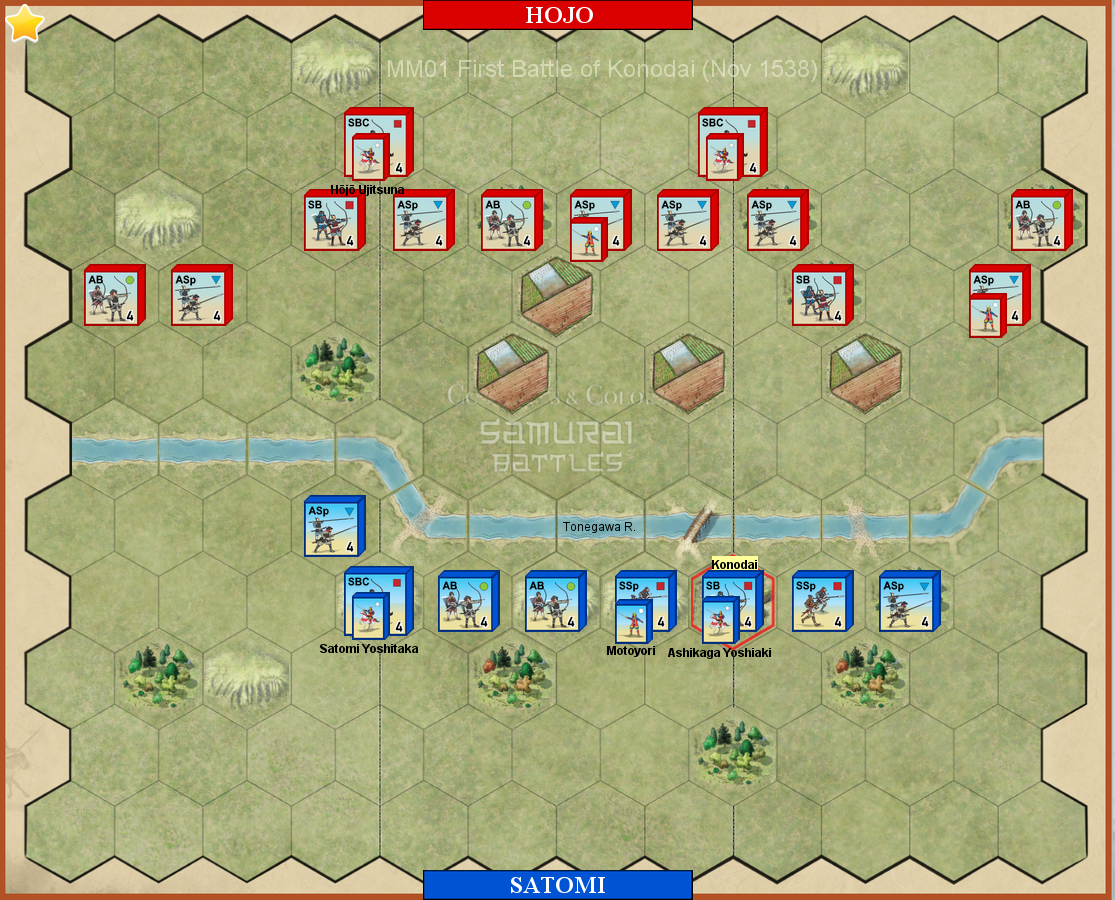 * The River Tonegawa is impassable except at the shallow fords.

Mark McG replied the topic: #405 5 years 8 months ago
Konodai is the building hex marked with a green border.