The Battle of Eben-Emael Fort was a battle between Belgian and German forces, which took place between 10 and 11 May 1940 and was part of the German invasion of Belgium.
he capture of Eben-Emael was made for the first time in history through the use of gliders and hollow charges to dismantle enemy fortifications.
The gliders commanded by Oberleutnant Rudolf Witzig landed on the "roof" of the fortress.
The paratrooper pioneers were able to destroy or disable cannon turrets and used flamethrowers against machine guns.
An attack force of 82 Fallschirmjäger was tasked with assaulting and conquering the fort of Eben-Emael, a fortress erected along the Albert Canal, along the Belgium-Netherlands border, whose strategic position and strong artillery positions dominated several bridges. important in the Albert Canal, which the German forces intended to use to advance into Belgium.
While some of the German airborne troops stormed the fortress and disabled the garrison and the artillery pieces inside, others captured three bridges crossing the Grand Canal.
After deactivating the fortress, the airborne troops were then ordered to protect the bridges against Belgian counterattack until they connected with the ground forces of the German 18th Army.
The battle was a decisive victory for the German forces, with the airborne troops landed atop the fortress through the use of gliders and the use of explosives and flamethrowers to deactivate the fortress's outer defenses.
The Fallschirmjäger then entered the fortress, killing various defenders and containing the rest in the lower sections of the fortress.
At the same time, the remainder of the German assault force, which had landed near the three bridges over the Grand Canal, destroyed some casemates and defensive positions and defeated the Belgian forces guarding the bridges, capturing them and bringing them under German control.
The airborne troops suffered important during the operation, but managed to hold the bridges until the arrival of the German ground forces, who then helped the airborne troops to assault the fortress a second time and force the remaining members of the garrison to surrender.
The German forces then able to use the two bridges over the Canal by circumventing a series of Belgian defensive positions and advancing into Belgium.
Kanne bridge came to take, forcing German sappers to build a new bridge.
The last defenders surrendered the next morning when the vanguards of Walter von Reichenau's VI army arrived. 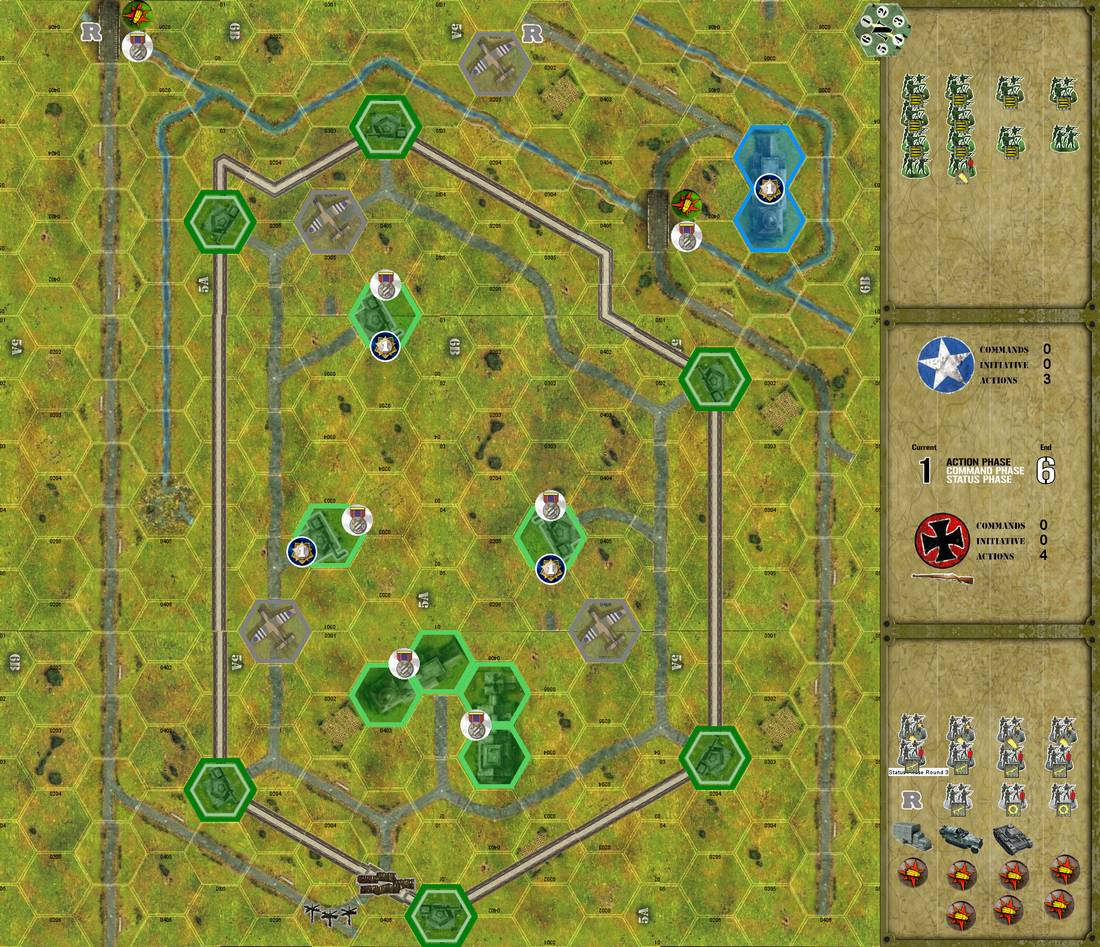 alecrespi replied the topic: #811 6 months 2 weeks ago
We are still playtesting it.
If you ever manage to play it, please post your comments here.

JVHillegas-Elting replied the topic: #810 6 months 2 weeks ago
Wow, at first glance this scenario looks so much different than any other! I really like that this adds another early-war scenario to the mix.
Read More...
Original Layout PDF (search for CODENAME).