Written by Mark McG. Posted in Campaigns of Tokugawa Ieyasu

HISTORY DETAILS
Around 8:30AM, Kuroda Nagamasa led several other eastern generals and their troops in a direct assault against Ishida Mitsunari's command post. Mitsunari position's, however, was guarded by the men of Gamo Bitchu and Shima Sakon. These units had taken cover behind some hurriedly constructed palisades and fought well, even though outnumbered. Supported by blanketing fire of the eastern arquebusiers, Nagamasa redoubled his effort, but Mitsunari's men refused to pull back.
The stage is set, the battle lines are drawn, and you are in command. Can you change history? 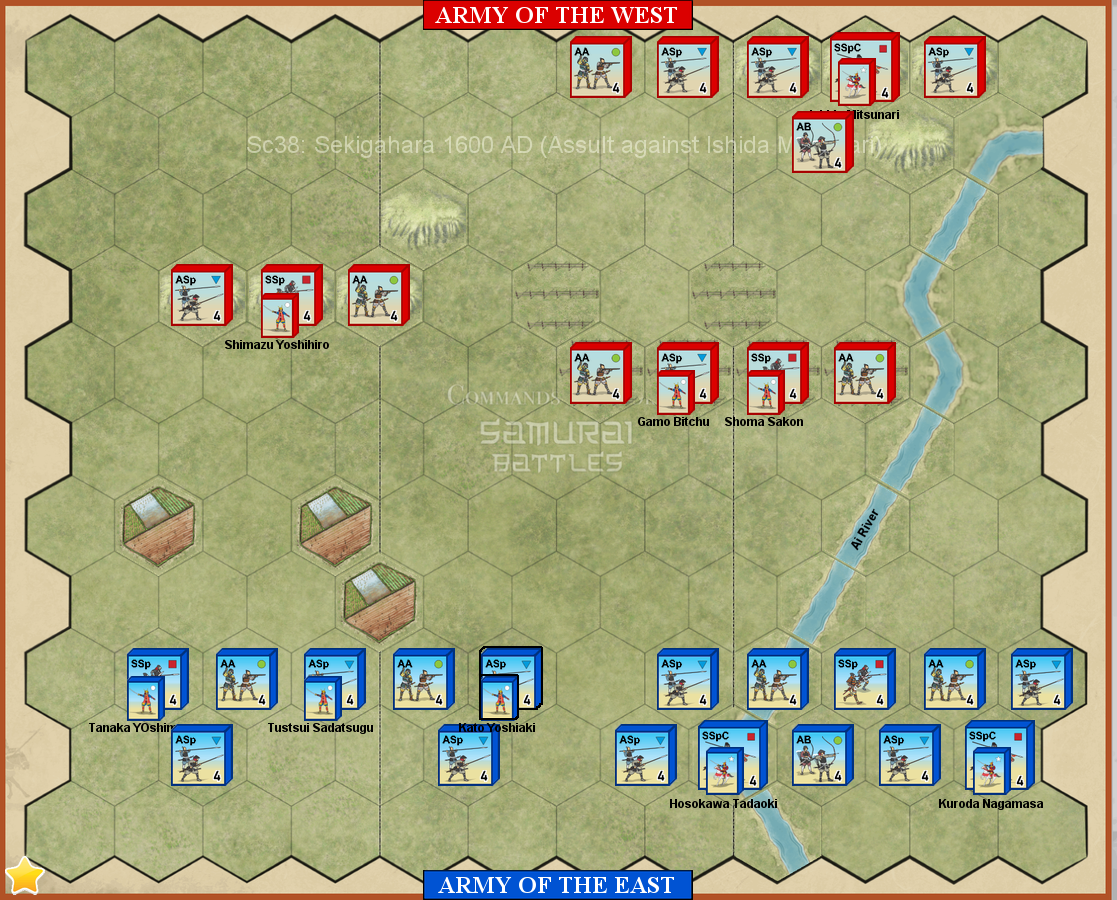