HISTORY DETAILS
Uesugi Kenshin invaded Noto province in the fall of 1577, prompting Oda Nobunaga to dispatch a sizable army to the relief of his allies at Nanao Castle. Kenshin was initially hesitant to face the great host, but before the Oda army arrived, Nanao castle was captured. When Oda Nobunaga learned that Nanao castle had fallen, he began to withdraw his army. However a skillful nighttime feint by Kanshin, suggesting he had divided his forces, led Nobunaga to order Katsuie to charge against the Uesugi lines at the Tedori River. The Oda charge was repulsed due to the current and inferior close-quarter ability of the ashigaru making up the bulk of the Oda army. Having suffered the loss of 1,000 men, Oda Nobunaga withdrew south. This was destined, however, to be Kenshin's last great battle.
The stage is set, the battle lines are drawn, and you are in command. Can you change history? 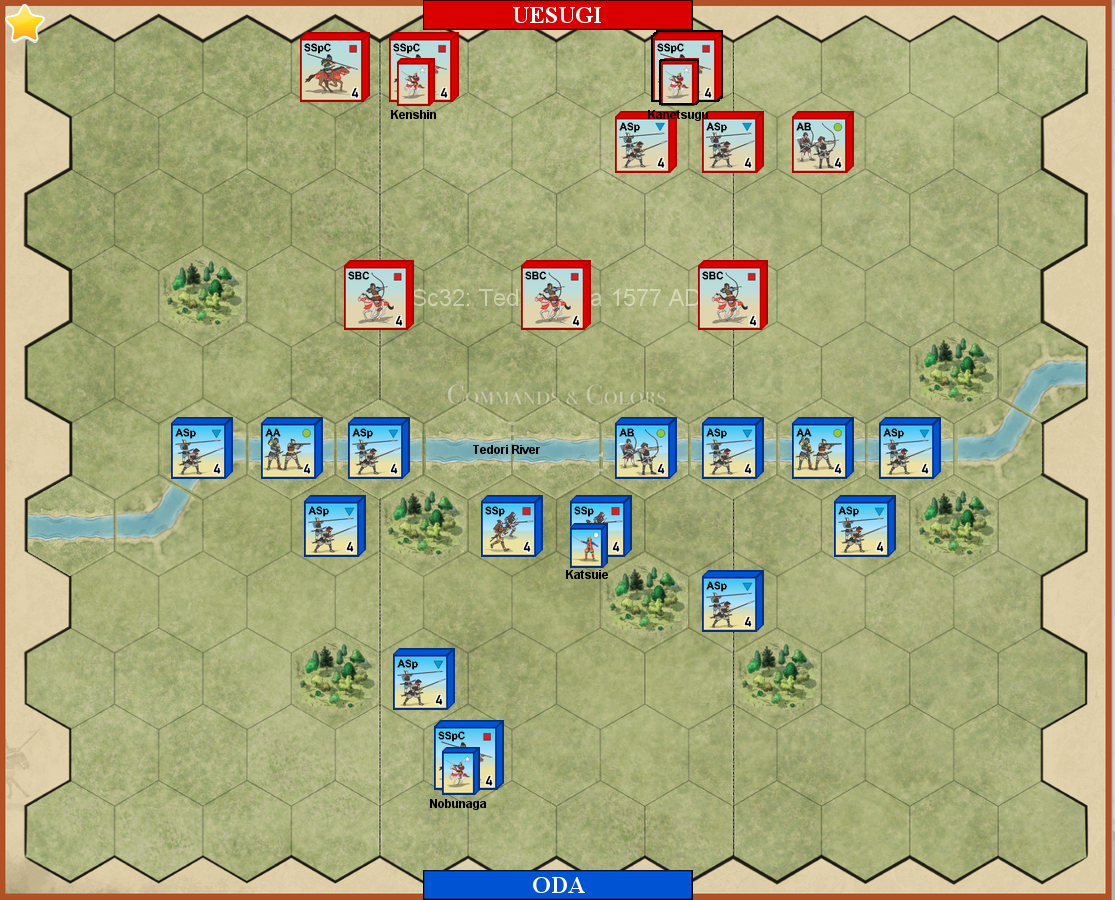 Special Rules
* The Oda player does not draw a Command card at the end of his turn unless there are 3 or more Oda units on the Uesugi side of the Tedori River.
* The Tedori River is fordable. A unit moving onto the river must stop and may not move further this turn.

Mark McG replied the topic: #804 7 months 1 week ago
Something very odd about this scenario. Mini-Tournament results favour the Uesugi 4-1. Moreover, there is virtually no reason for the Oda to attack the Uesugi, simply crossing in force is the best option. Combat will mostly favour the Uesugi troops, so why attack and risk battle back?