HISTORY DETAILS
Goto Mototsugu, leading the vanguard of a large Osaka army, had already crossed the Ishikawa River early in the morning of June 3.  When his scouts reported that the Tokugawa Army was moving towards the Heights of Komatsuyama, Goto made a dash to take the heights, determined to make a stand at the top of Komatsuyama until the rest of the Osaka army could arrive. Goto and the vanguard managed to hold for some time against strong enemy attacks, but in the morning fog the Osaka army was not making much headway and relief never came.  During one of the attacks, Goto is shot, and he committed seppuku. Outnumbered and their leader lost, the Osaka vanguard retired back across the Ishikawa.
The stage is set, the battle lines are drawn, and you are in command. Can you change history? 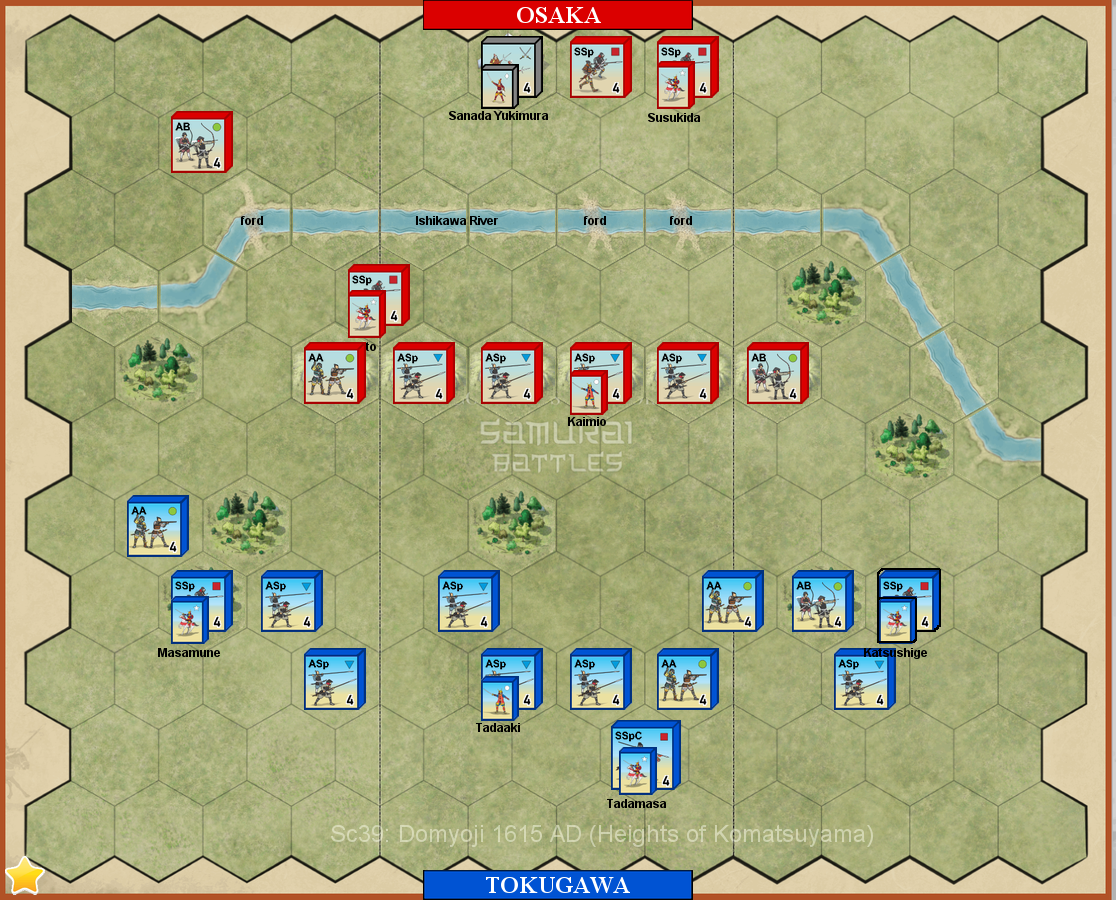 Special Rules
* The Ishikawa River is impassable except at the three river fords.