HISTORY DETAILS
In 1568 Oda Nobunaga's army had control of Kyoto, but when the Asai joined Asakura, together they effectively cut off Oda's army from it's home base. With some sly maneuvering however, Oda managed to return home and after reinforcing his army, headed back. He was laying siege to Yokoyama south of the Ane River when the Asai and Asakura forces arrived to the north. Both sides deployed for battle with Oda facing Asai and Tokougawa against Asakura. The two almost separate battles were fought across and in the Ane River. Although there was a disparity in numbers, the Asai were holding their own until the Asakura were finally forced to retreat.
The stage is set, the battle lines are drawn, and you are in command. Can you change history? 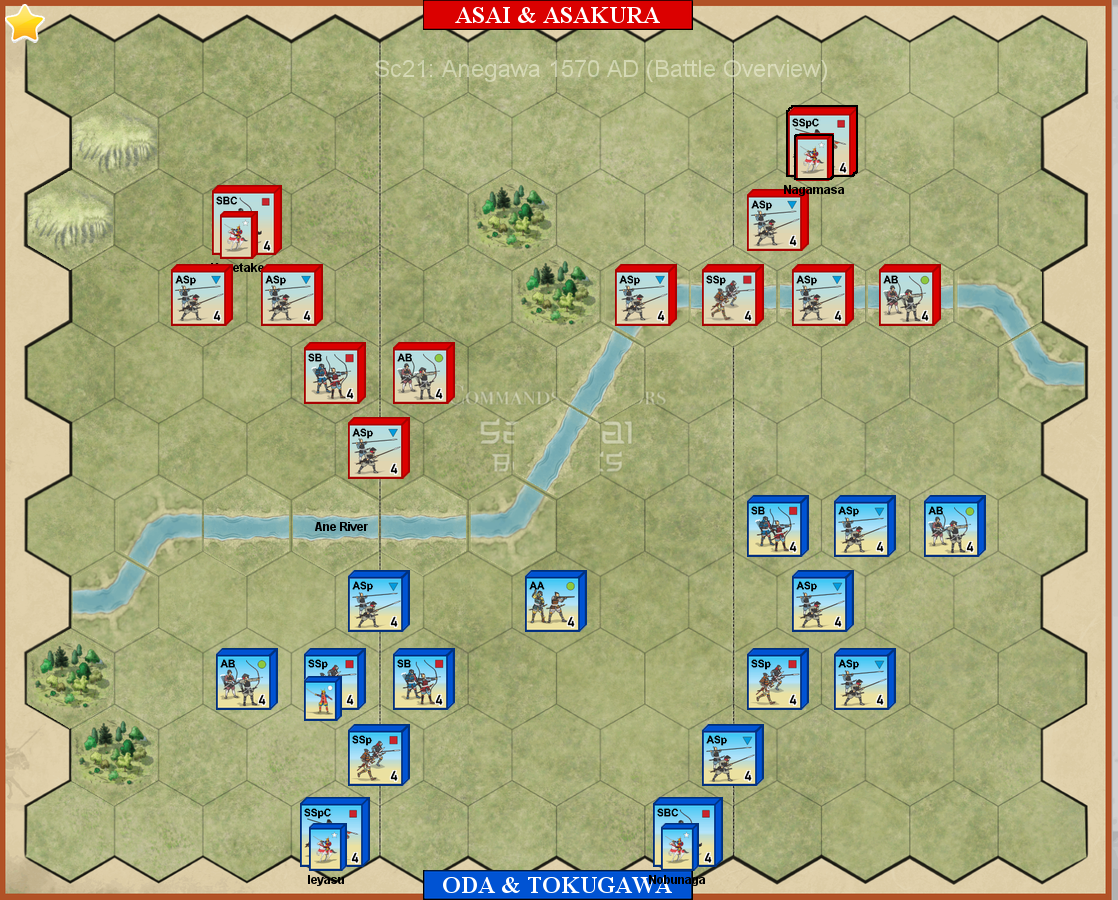 Special Rules
* Both players roll 5 dice. The player that rolls the most honor & fortune symbols goes first. If tied, roll untill tie is broken.
* The entire Ane River is fordable. In addition there is no movement restriction.