301 Cutting off the Snake’s Head

1942. An American offensive has pushed the Japanese forces on the Island of Guadalcanal back. A bridge is a vital element in keeping the US troops at the front supplied. However, mopping up the Japanese units in the area has proven a tedious and difficult task as the rugged jungle terrain is hard to traverse and makes spotting any such units hard. At the same time, unbeknownst to the Americans several of these Japanese units have regrouped and received orders to disrupt American supplies by retaking the bridge. Supported by a single Ha-Go tank they have made an enveloping move through the jungle and launch an attack against the bridge. Will the small defending force be able to retain control of this vital link in the supply chain? 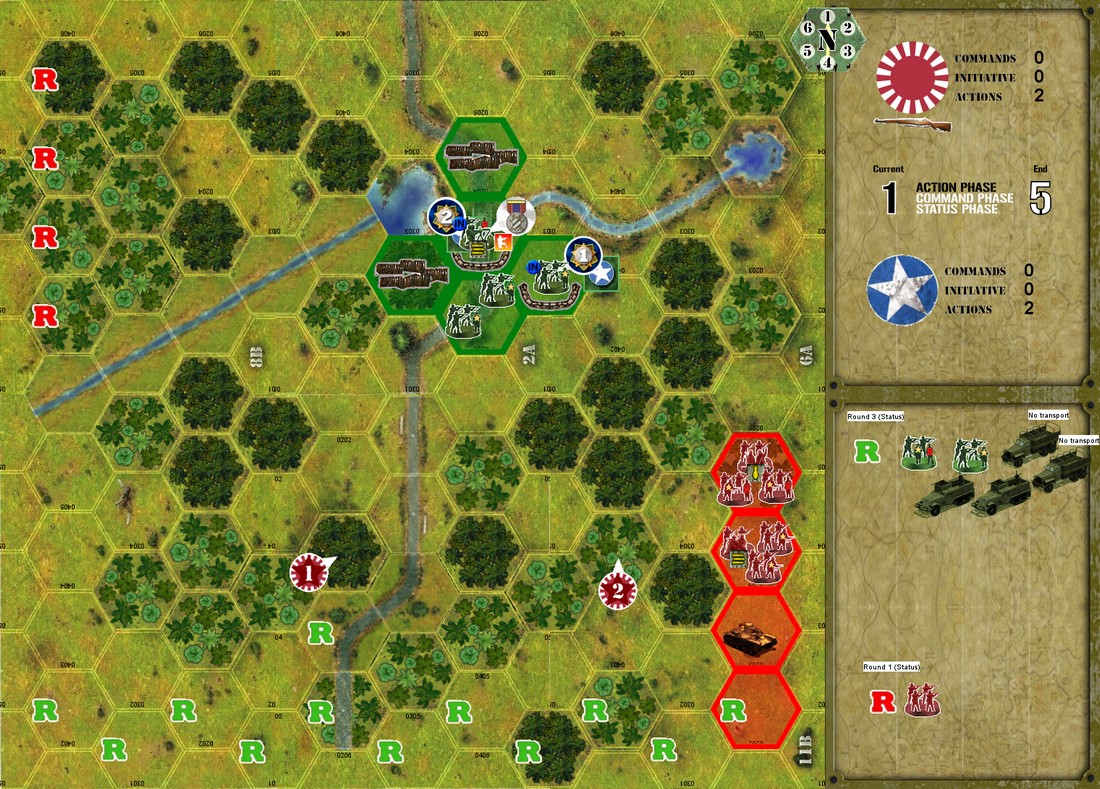