Ama no Rokuro of Awaji Province transferred his loyalty from the Taira to the Minamoto. He loaded two large vessels with commandeered rice and arms, and sailed for the capital. Taira no Noritsune pursued with a fleet of smaller craft, which Rokuro turned to face off the coast near the town of Nishinomiya. Noritsune’s assault was so fierce that Rokuro was forced to retreat to the port of Fukehi.
The stage is set, the battle lines are drawn, and you are in command. The rest is history. 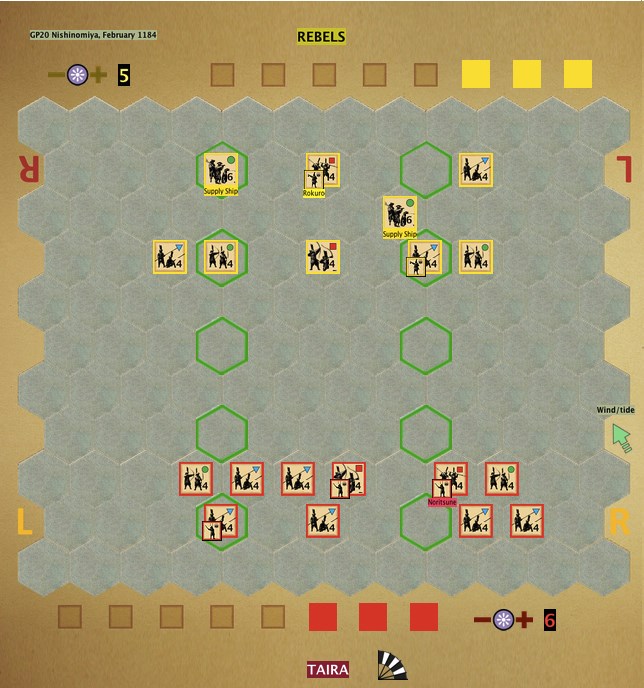