The Minamoto moved south from the capital to attack the Taira fortress of Ichi-no-Tani. Noriyori advanced on Ichi-no-Tani from the east with the main army while his brother Yoshitsune force marched a smaller flanking force of 10,000 to attack from the west. As night came on, Yoshitsune’s division reached the village of Onabara between Ichi-no-Tani and a Taira forward post of 3,000 beneath the western slopes of Mount Mikusa, commanded by Taira no Sukemori. Unwilling to wait and risk the possibility that the smaller Taira detachment might be reinforced, Yoshitsune chose to make a night attack. To light their way, he ordered Onabara set on fire, and all the trees and grassland along their line of march. The Taira vanguard wasstationed to the west, where they expected the Minamoto assault, and the unprepared Taira rearguard were resting in anticipation of battle the following day. With the advantage of surprise and superior numbers, Yoshitsune won a quick victory.
The stage is set, the battle lines are drawn, and you are in command. The rest is history. 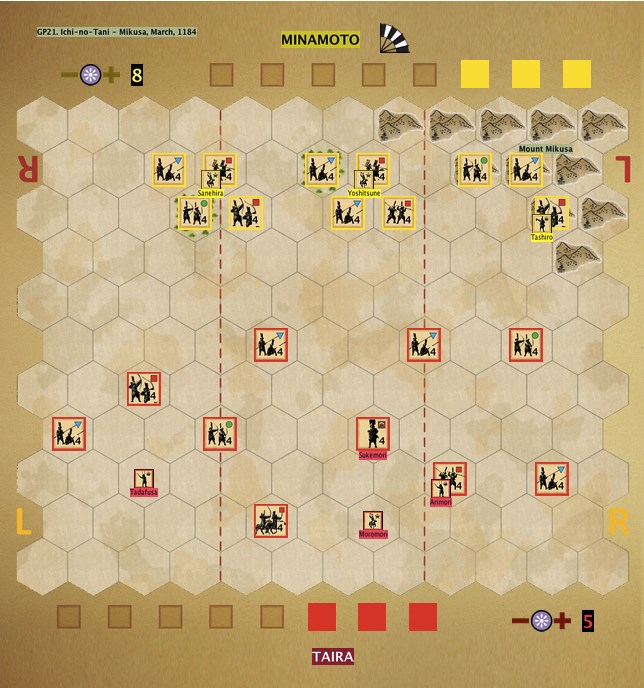 Mark McG replied the topic: #634 3 years 8 months ago
Should be a Command Tent tile under the Bodyguard unit
Read More...