When the Taira relocated from Yashima back to Fukuhara on mainland Honshu, a number of their vassals on the island of Shikoku rebelled from their authority. The Taira brothers Michimori and Noritsune landed two separate forces on Shikoku to attack Kawano no Shiro of Iyo Province, who had failed to answer their call to rally at Ichi-no-Tani. Kawano fled across the strait to Aki province where he took refuge with his uncle, Nuta no Jiro. Noritsune followed and laid siege to Nuta’s stronghold. After a day and night of hard fighting, Nuta realised the stronghold would fall and surrendered. Kawano refused to capitulate and sallied from the stronghold, making it to the shore and escaping by boat back across the strait to Iyo.
The stage is set, the battle lines are drawn, and you are in command. The rest is history. 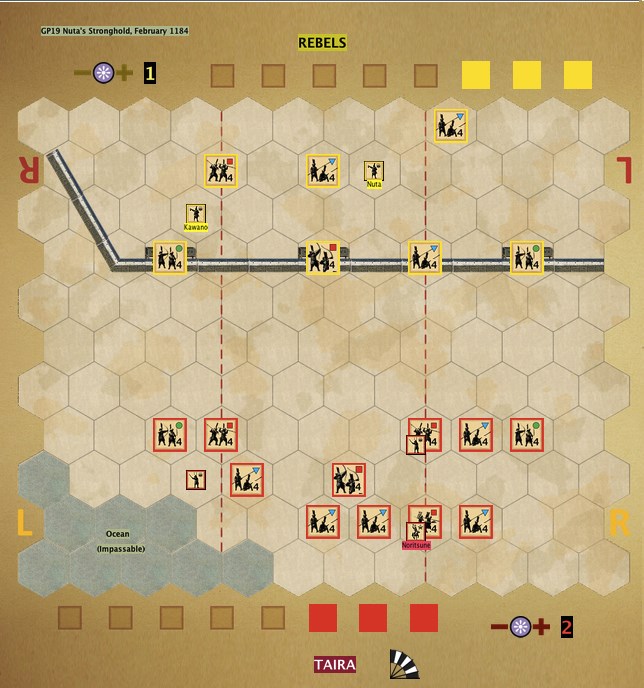