Knowing that the end was near, Minamoto no Yoshinaka sought out his foster brother and chief lieutenant, Imai Kanehira, hoping to fulfil a childhood pledge that the two friends would die together. Yoshinaka charged down the Kamo River, crossed it and drove through the Eastern Minamoto forces opposing him. Whittled down to half a dozen companions, among them the famous onna-bugeisha, Tomoe Gozen, Yoshinaka met up with Kanehira where he was retreating from the rout at the Seta crossing. Gathering the last of their scattered men at Awazu by Lake Biwa, Kanehira held off the enemy to give Yoshinaka time to escape to a nearby stand of pine trees, where he could commit seppuku. In the fading winter evening light, Yoshinaka’s horse stumbled through the thin ice covering a rice paddy and became mired in the mud beneath. Trapped, Yoshinaka was slain with a single arrow fired by Ishida no Jiro Tamehisa, who took his head as a trophy. Seeing this, Kanehira put his katana in his own mouth, dived from his horse and impaled himself, following his lord in death.
The stage is set, the battle lines are drawn, and you are in command. The rest is history. 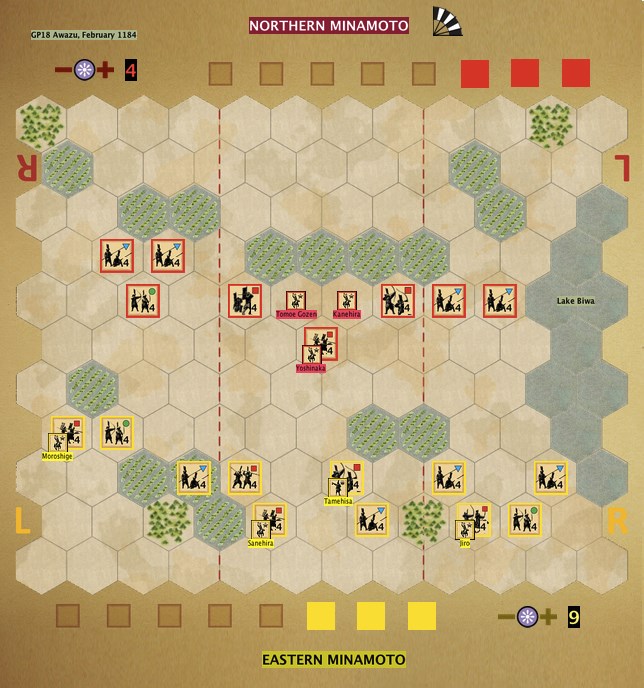