Pursued by the Taira, Yukiie fled east into Mikawa province. He crossed the Yahiga River, destroyed the bridge behind him and had his remaining men set up a defensive shield wall on the eastern bank. As soon as the Taira arrived they charged and routed the Minamoto again. Further pursuit was called off when the Taira commander, Tomomori, fell ill and the Taira were unable to press their advantage. Yukiie made for the closest Minamoto army, that of his other nephew, Yoshinaka, with whom he joined up.
The stage is set, the battle lines are drawn, and you are in command. The rest is history. 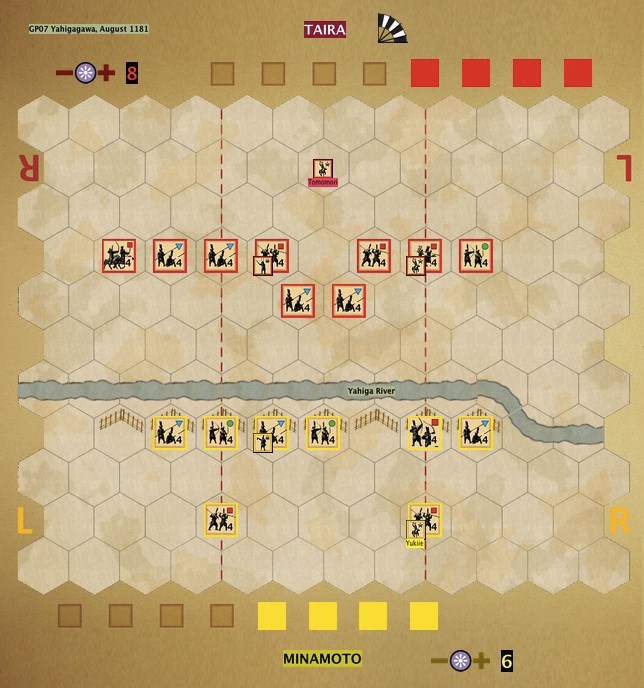