Alarmed by Minamoto advances into neighbouring Owari province, the governor of Mino sent a request for help to the capital. In response, the Taira sent a demonstration of force east under Taira no Tomomori. In late summer at the Sunomata River on the Mino-Owari border they met Minamoto no Yukiie, commanding a small advance force for his nephew, Yoritomo. Yukiie elected to make an ill-considered night attack across the river against the larger Taira army. Even in the dark the Taira were easily able to distinguish the river-drenched Minamoto from their own troops. The Minamoto were surrounded and slaughtered. Yukiie barely escaped and fled eastward with the remnant of his army.
The stage is set, the battle lines are drawn, and you are in command. The rest is history. 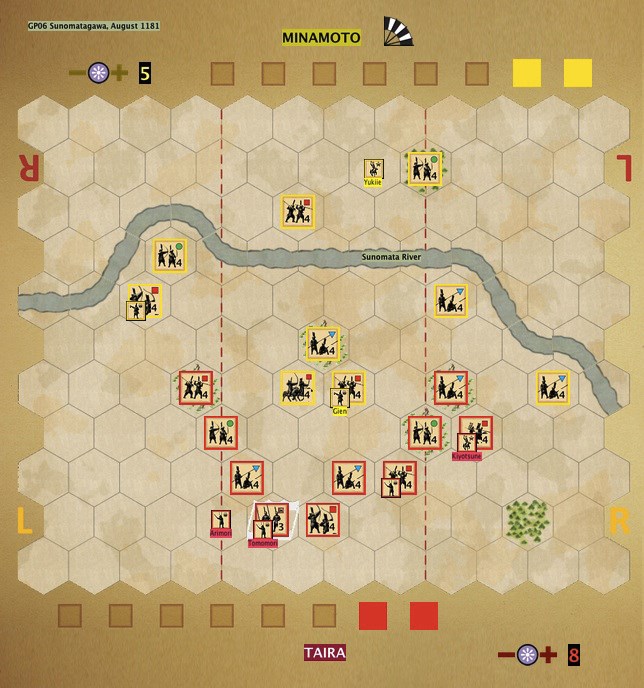