Jo no Shiro Sukemochi was made governor of Echigo province despite repeatedly declining the appointment after the ill-omened death of the previous governor, his brother. Eventually unable to refuse the position and obliged to act for his Taira benefactors, he raised an army from the surrounding provinces and marched against Minamoto no Yoshinaka in Shinano province.
Alerted to the threat, Yoshinaka advanced toward the Echigo army where they were encamped on the Yokota River. On the advice of one of his retainers, he divided his force into seven columns and issued them with red banners. Seeing the red banners converging from multiple directions, Sukemochi believed that he was being joined by Taira allies and was caught by surprise when Yoshinaka’s columns merged, raised white Minamoto banners and charged. The army of Echigo was destroyed, driven into the river and off the adjacent bluffs.
The stage is set, the battle lines are drawn, and you are in command. The rest is history. 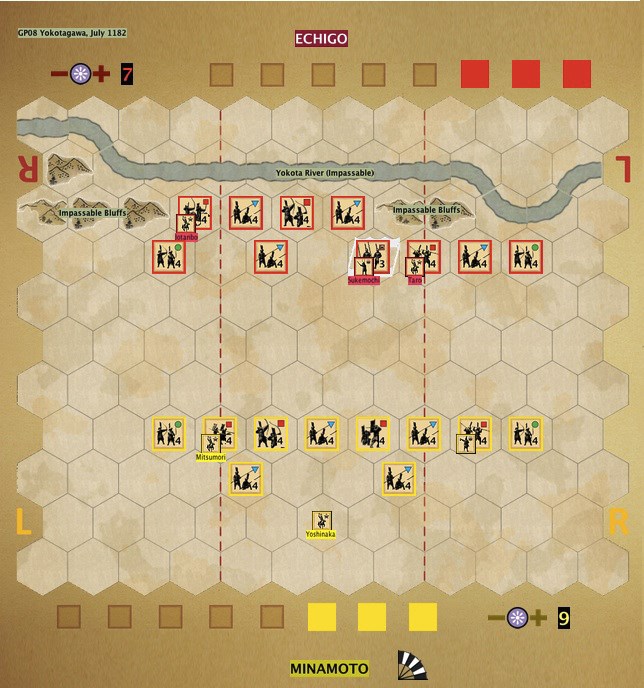