Posted in Jacobite Rising of 1689

Through the winter of 1689-90, the Highland army gradually diminished in numbers. King James, hiding in Ireland, aware of the precarious state of his supporters in Scotland, sent clothing, arms, ammunition and provisions. At the same time he appointed Thomas Buchan commanderin- chief of the Jacobite forces in Scotland. Buchan, upon the appointment, called a meeting of the clans, who unanimously resolved to continue the war, but not until the planting of the spring crops was completed. In the mean time Buchan mustered 1,200 infantrymen and marched down the Spey River, with hopes of mustering additional forces. While his men were making camp, Buchan was totally unaware that Thomas Livingstone, in command of the Government Dragoons, had been dispatched from Inverness and was just on the opposite side of the Spey. In the early morning hours, Livingstone ordered his Dragoons to attack, which took the Highlander camp by complete surprise. The Highlanders tried to make a stand, but before they could rally, many had already started to retreat.

The stage is set. The battle lines are drawn and you are in command. The rest is history 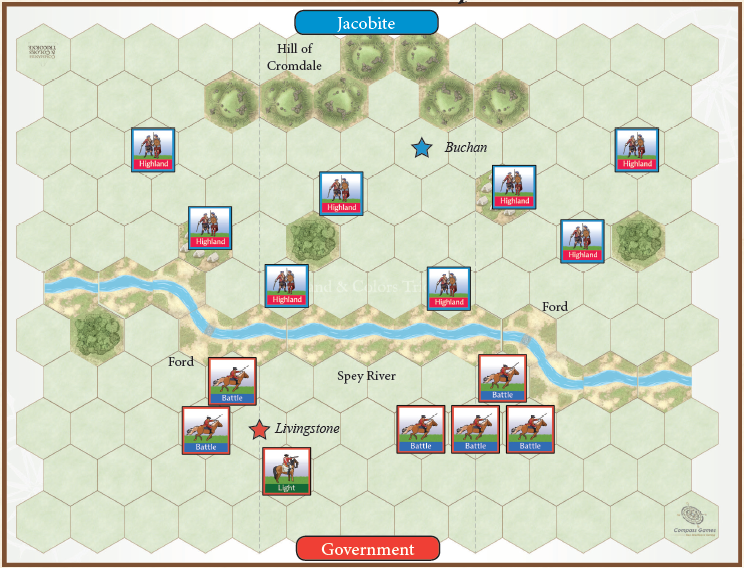