Philadelphia, the capital of the newly formed nation, was the chief objective of British  General Howe in 1777. The British, after landing at Elk(ton) Maryland from the  Chesapeake, marched toward the city on the Baltimore to Philadelphia road.
Washington chose the high ground in the area of Chadds Ford, where the main road from the south to Philadelphia bridged the Brandywine. Washington had also deployed his troops to guard all known fords up the river. Howe again, however, chose to outflank the enemy and sent Cornwallis to cross the river at a ford unknown to Washington and march south into the flank of the Continental Army. As Howe’s plan was being carried out, Washington was receiving conflicting reports. At one point in the morning, Washington believed that the British had divided their commands and the force across  the river was just a holding force. He ordered Greene, Wayne and Sullivan to attack  Knyphausen column. But soon called back his commanders when another report was  received that Cornwallis was marching to rejoin Knyphausen.
The stage is set. The battle lines are drawn and you are in command. The rest is history? 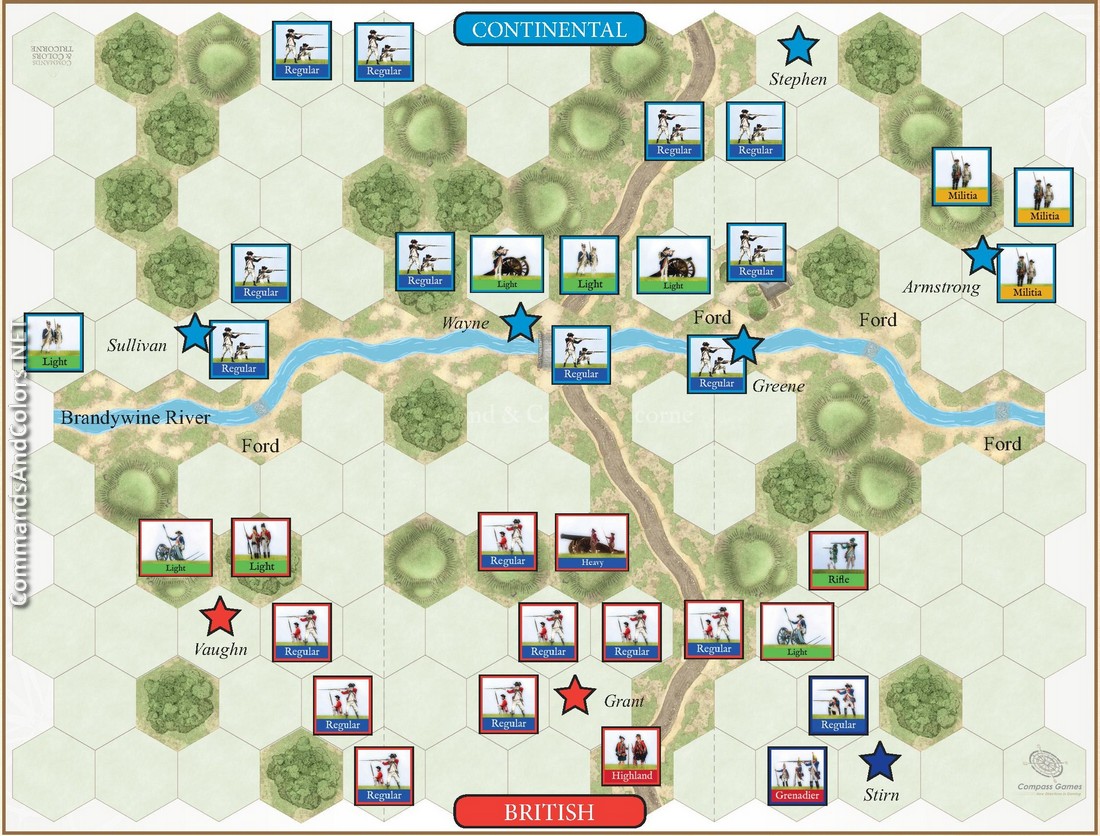