The Battle of Vimy Ridge was fought at the northernmost end of the Arras Offensive. At exactly 5:30 am, 9 April, 1917, every artillery piece at the disposal of the Canadian Corps fired a synchronized barrage. Then, at predetermined increments, the artillery barrage moved forward, followed closely by the advancing infantry. The initial assault on Hill 145 by the 4th Canadian Division was repulsed. Around 3 pm, a renewed drive would capture the northern half of Hill, but a strong German counter attack retakes the position. The German flank, however, is threatened, and with no prospect of additional reinforcements, the German troops pull back from the Hill. By nightfall of 10 April, the only Canadian forward objective, not yet achieved, is the capture of the Pimple. 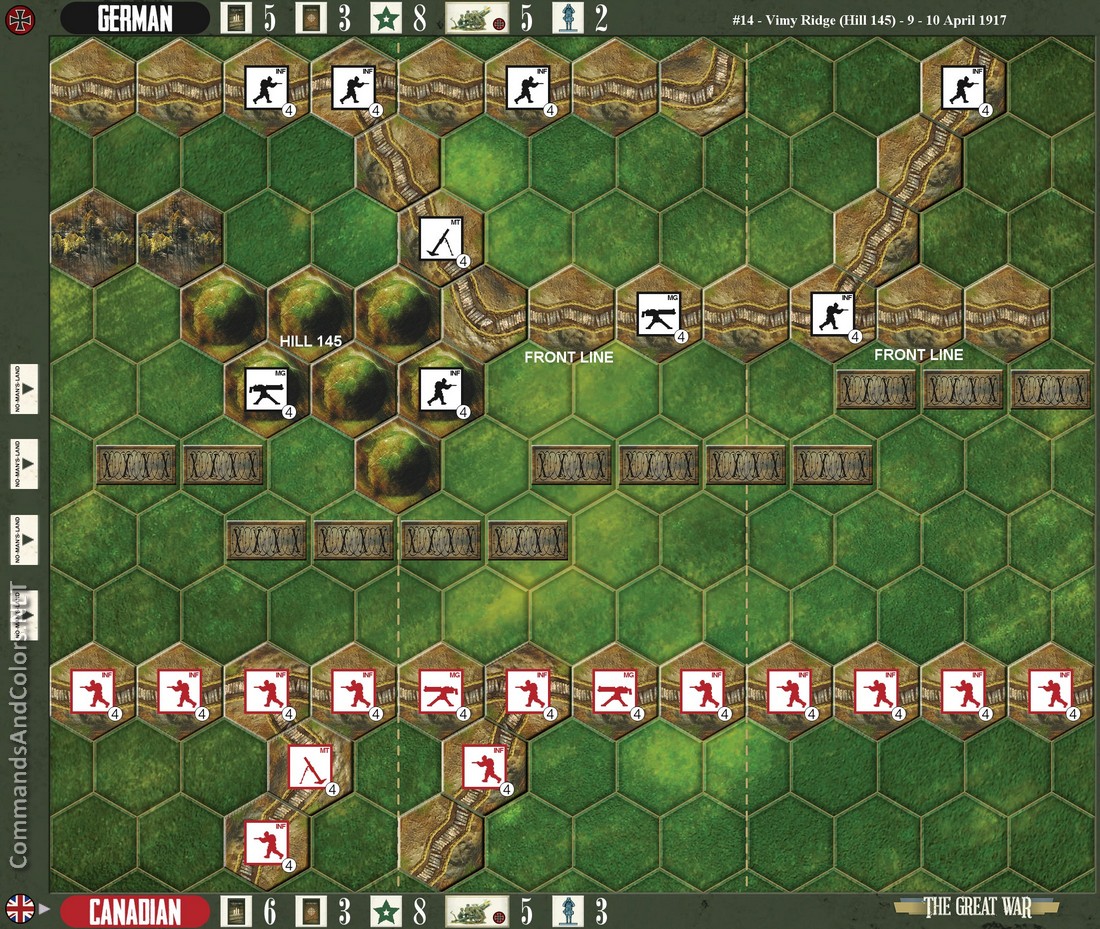 tantalon replied the topic: #340 6 years 2 months ago
The Vimy scenarios are the most intense of the whole base game. Well balanced.
Read More...