Written by alecrespi. Posted in Days of the Fox

Note: For the purposes of the following rules, the terms '`wadi," "wadi hexes," and "wadi terrain feature" include all wadi terrain in wadi hexes. wadi entrance hexes, and wadi bridge hexes unless specified otherwise. 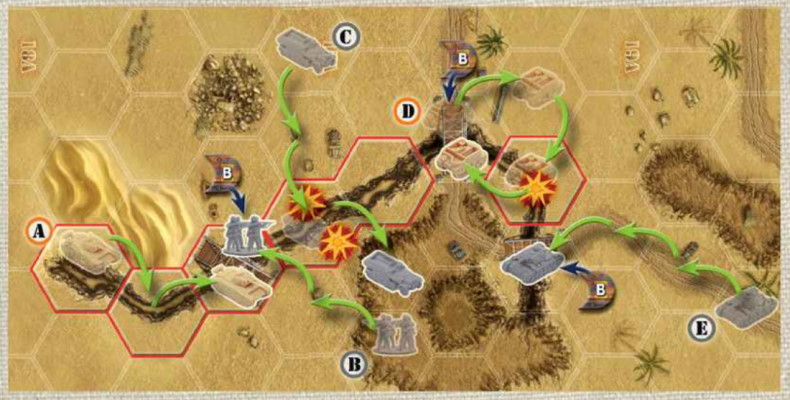 This diagram illustrates several examples of movement in and around wadi terrain. The squad consists of regular infantry figures. All units have been activated with Advance actions.

Line of Sight (Wadis and Bridges) 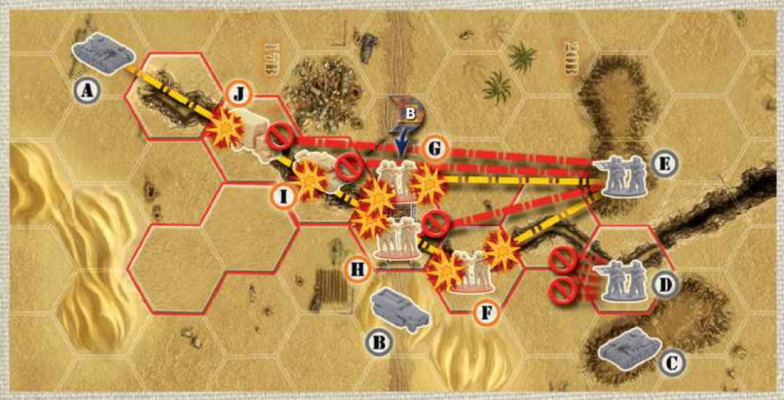 German Tank A can see British Units F, G, H. I, and J because it is adjacent to a wadi entrance hex and can trace LOS directly through the wadi terrain depiction.

German Squad D cannot see any of the British units because it cannot trace LOS entirely through the wadi terrain depiction.

German Squad E can only see British Squads F and G. It can trace LOS to British Squad F through the wadi terrain depiction. British Squad G is visible because it is on the bridge, which is at the same elevation as the clear terrain around it. 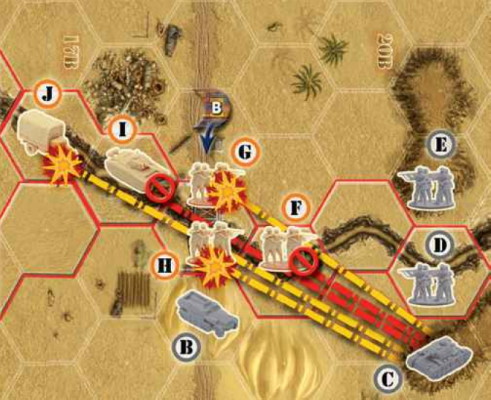 German Tank C can see British Units G, H. and J. British Squad G is visible because it is on the bridge, which is considered to be level 0 terrain. Squad H and Truck J are visible because the German tank is at a higher elevation and can trace its LOS directly through the wadi terrain depiction. However. British Squad F cannot be seen because the first non-adjacent wadi hex is a blind hex from higher elevations, regardless of range. British Tank I cannot be seen because the bridge creates a blind hex in the wadi behind the bridge, but does not block LOS into the wadi beneath the bridge. 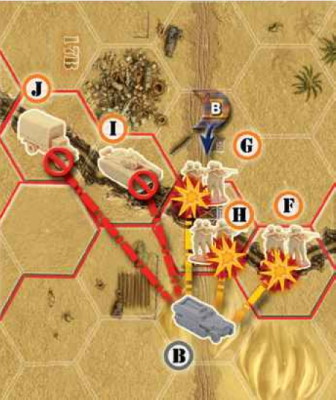