Posted in Base Game

A few extra blocks are supplied as spares. 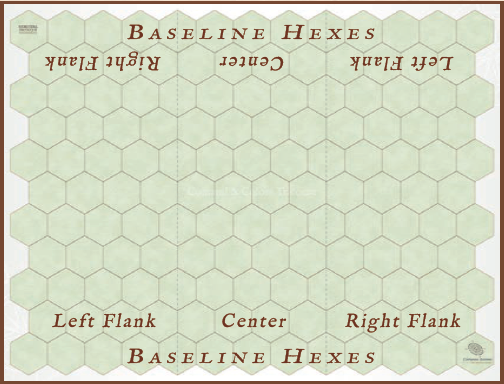 Note - Left Flank Section, Center Section and Right Flank Section will often simply be denoted as section or sections in these rules.

The Terrain Tiles represent a wide range of terrain features and are placed on the battlefield to recreate the historical scenario.
For a description of all terrain: see the Terrain rules section. 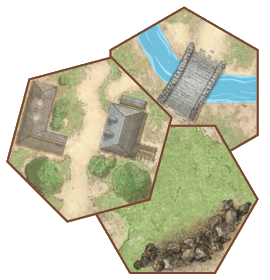 Command cards are used to order troops on a side to move, battle, or do something special. Units may only move or battle when given an order. 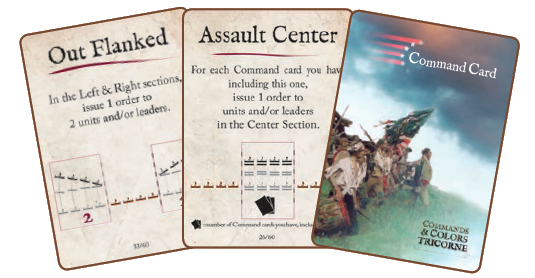 In the Tricorne - American Revolution core game, there is a deck of Combat cards for each side, British and Continental. These cards represent a mix of unit training, abilities or unexplainable actions that take place during the course of a battle. 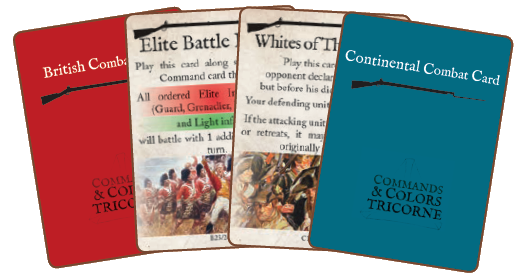 Each battle die has six sides:

As a bonus for players that would like additional dice, a set of dice stickers are included on sticker sheet 5. Players will need to supply their own blank dice and place stickers on their dice as noted above.

One side of the summary card has a recap of American Revolution units and on the other side is a summary of terrain effects.

The 30 Double-sided Victory Banner counters will track a player’s quest for victory. When the last block of an enemy unit or leader block is eliminated, take one Victory Banner. Also, take a Victory Banner when completing a scenario specific objective. 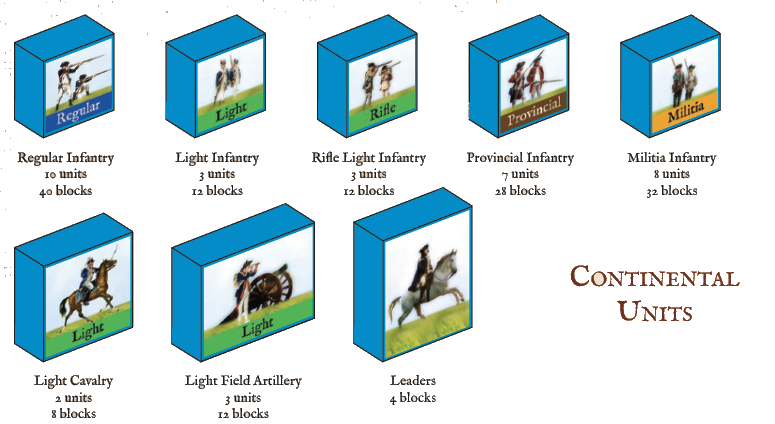