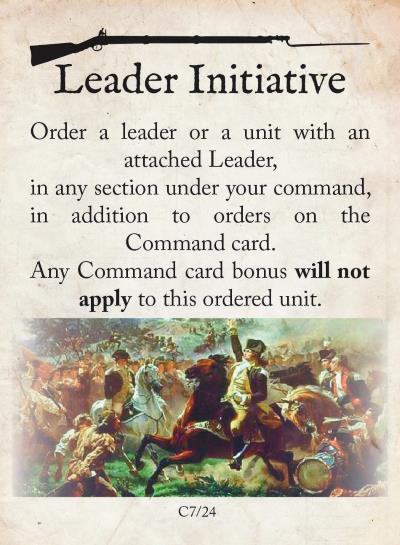 A: NO. THE LEADER INITIATIVE COMBAT CARD STATES THAT ANY COMMAND CARD BONUS WILL NOT APPLY TO THIS ORDERED UNIT. (RB)

mirkobruner replied the topic: #302 2 years 2 months ago
The card is added to the command just played, so it means any section where you have just ordered units.

On the face of it, the 2nd part "under your command" seems irrelevant, but that generally is not the case.
I don't know what that means

pmiranda-tricorne replied the topic: #297 2 years 2 months ago
"in any section under your command"
Does that mean in any section, or in any section where you have ordered a unit this turn?
Read More...