Revolutionary War battles tend to focus on British and American soldiers engaged in close, hand-to-hand combat, the siege of Yorktown, however, was primarily waged at long range by artillery, with relatively few direct troop confrontations. One key confrontation that did take place during the siege was because Washington wished to move his siege lines and artillery positions closer to the city. Washington’s plan called for the French to attack redoubt #9 and redoubt #10 would be attacked by Continental light infantry. The fighting was heavy at number 10, but soon the defenders were outflanked and overwhelmed. The French attack against the larger redoubt was more difficult as the Hessian infantry put up a strong defense and were not easy to overcome.
The stage is set. The battle lines are drawn and you are in command. The rest is history? 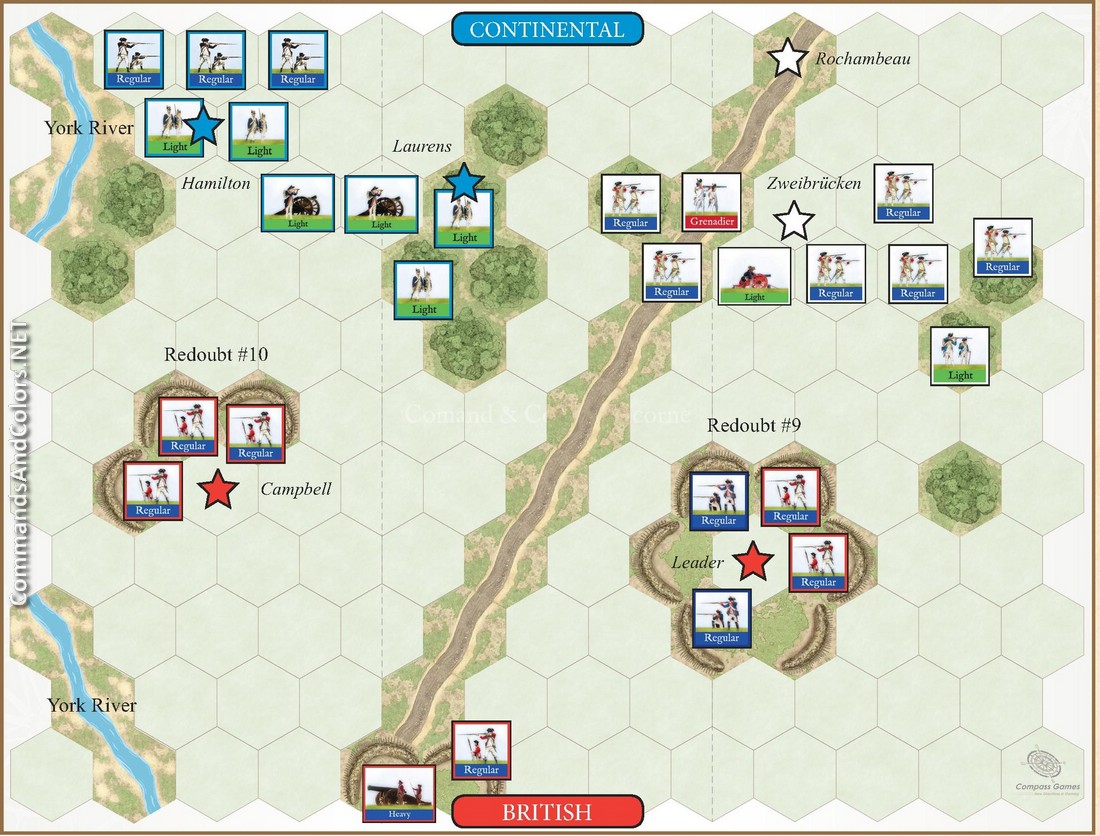