The British Army was under siege in Yorktown and running short of supplies. Cornwallis sent Tarleton to Gloucester, just across the York River, to seach for supplies. Tarleton, believing that he only faced militia, sent out raiding parties. Mercer, however, had recently been reinforced by French troops. Not far from Gloucester a storehouse of supplies was discovered, but before these could be recovered, the French launched an attack. The fighting was fierce. The British were finally forced to retire when Mercer’s troops joined the battle.
The stage is set. The battle lines are drawn and you are in command. The rest is history? 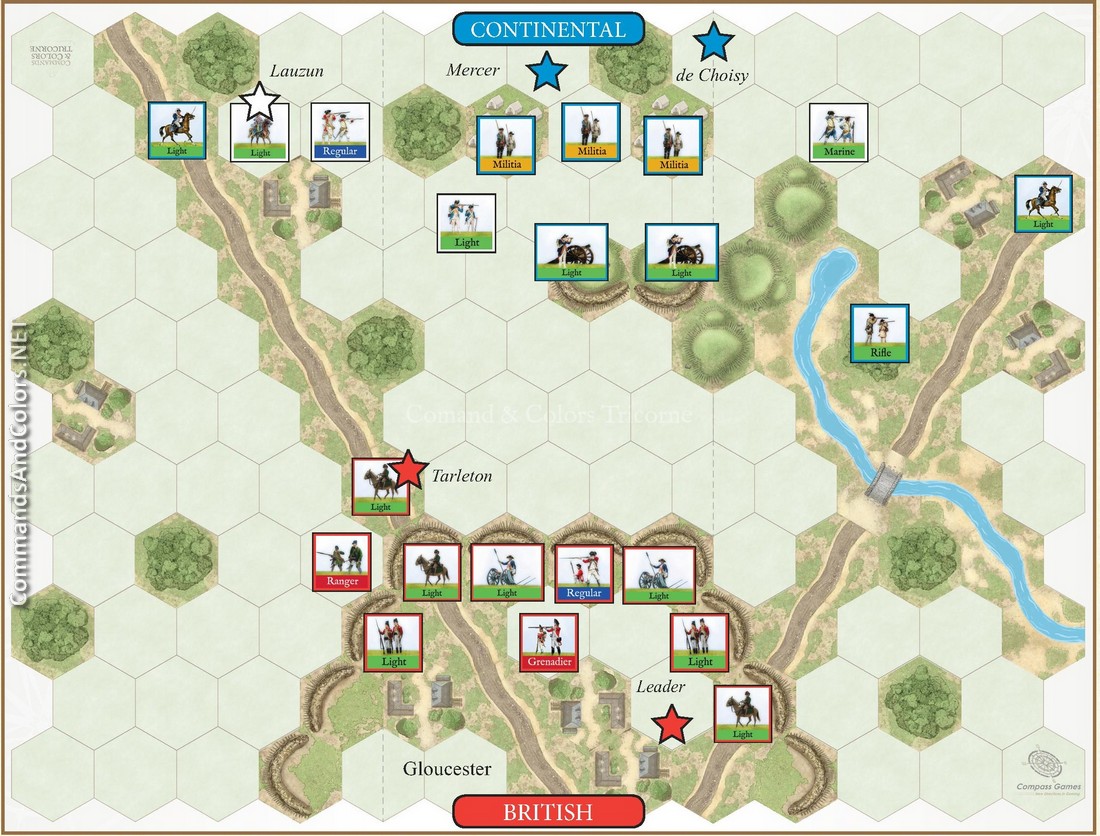