With knowledge of the British whereabouts, it was late August when Greene marched his army towards Stewart’s British camp at Eutaw Springs. Stewart, unaware of Greene’s approach, by chance was alerted when a British foraging party ran into the Continental front line. Stewart quickly deployed his forces and attacked. Greene had his militia in the front line hoping they would wear down the British attack before he sent in his regulars. The militia, this day, gave a good showing before falling back. Greene then ordered forward his best troops, which went toe-to-toe with the British and finally drove them back. The chance for a decisive pursuit was lost, when Greene’s troops saw the chance to raid the enemy camp.
A counterattack by the British drove back the Continental looters.
His army now completely disorganized, Greene broke off the fight and withdrew.
The stage is set. The battle lines are drawn and you are in command. The rest is history? 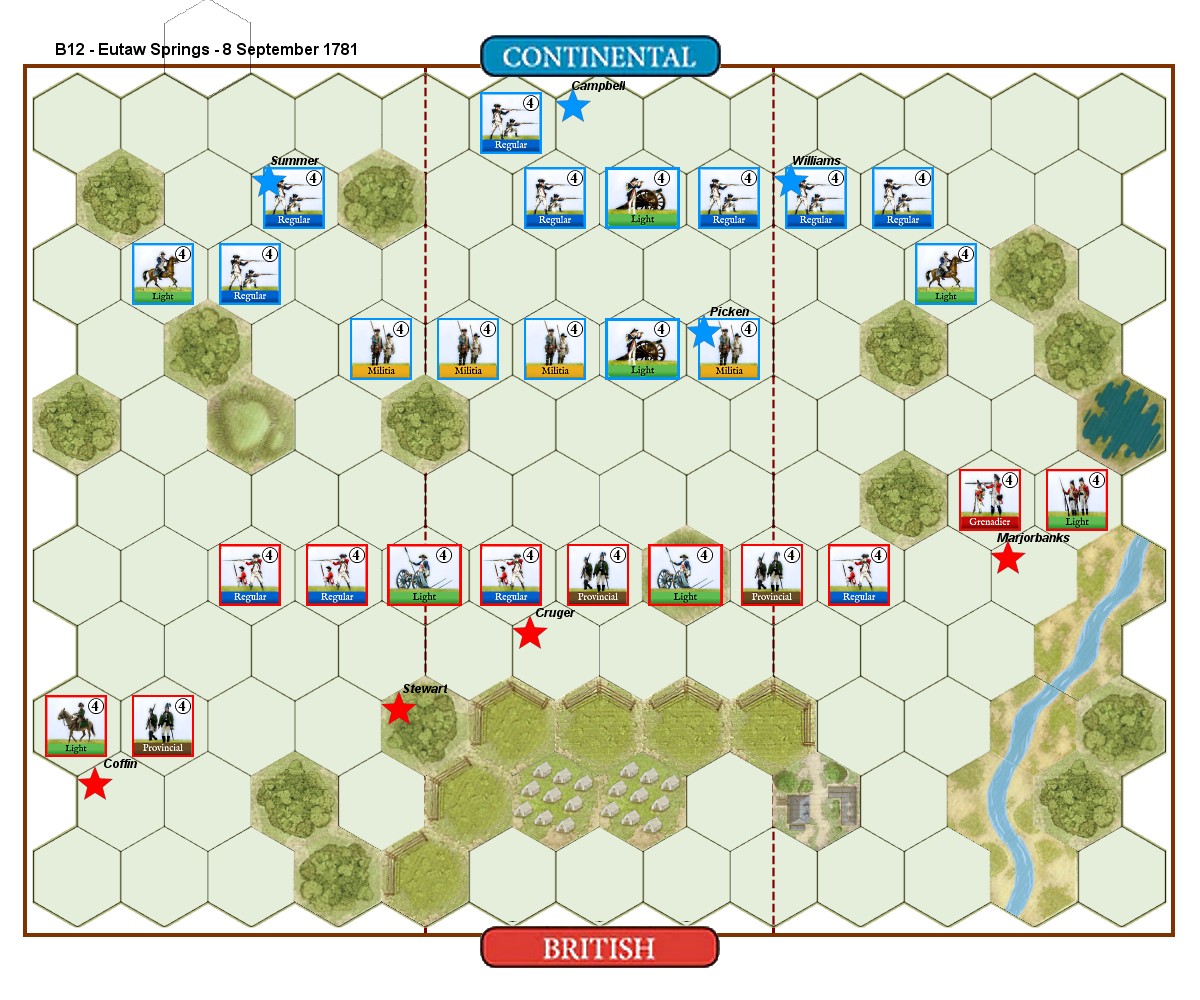 • Opening Cannonade rules are in effect.
• The Continental player gains 1 Temporary Victory Banner at the start of his turn for each camp hex occupied.
• The stream is fordable.

rjvonline replied the topic: #458 2 years 2 months ago
My first play of the scenario. I had the Continentals. I had as good a start you may want with a line command card, the combat card that gives militia +1d, and several hits and flags. It was all that downhill from there. All these militia units are just to close to the British Line to survive and there’s not much room for them to get out of the way. I wonder why the victory conditions include awarding a banner to the Continentals for occupying the British camp. It seems like it’s an impossible task.
Read More...