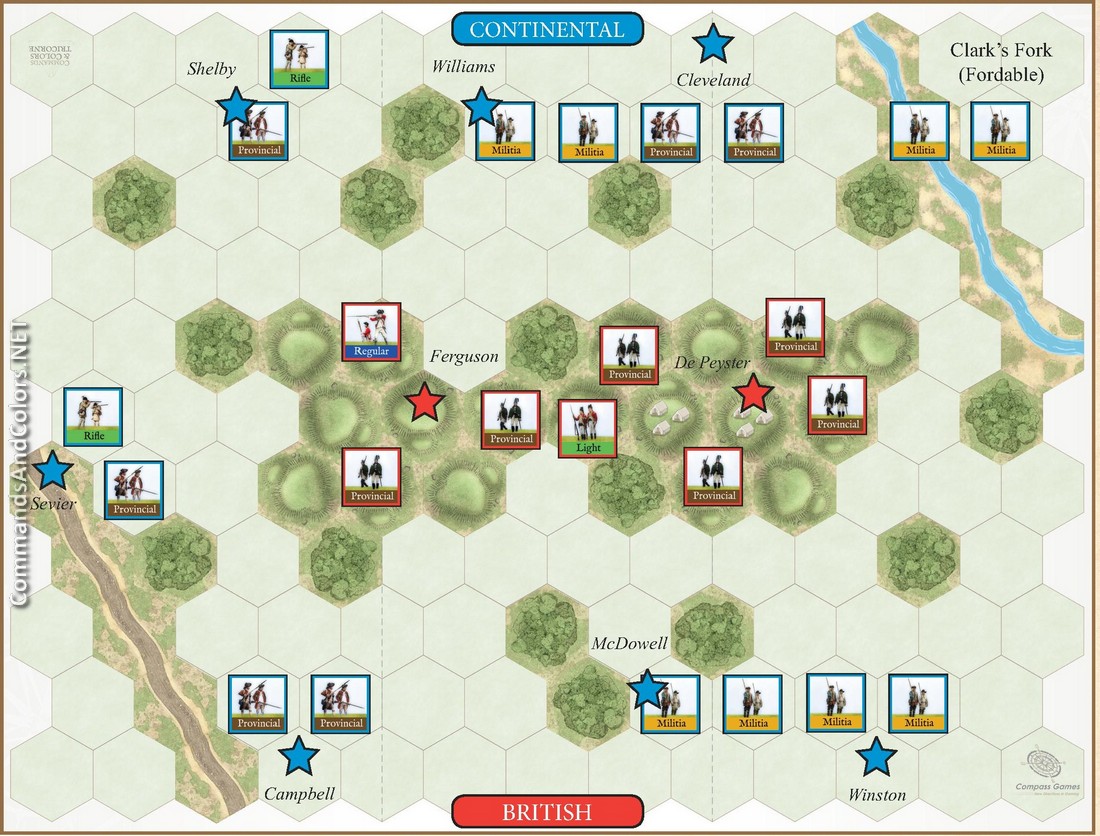 ozzie replied the topic: #397 2 years 1 month ago
Had a surprise British win with an aggressive Ferguson smacking the units of Shelby, Sevier and Campbell whilst the rest of the Provincials just held the camp. With a good hand favouring Ferguson in the one sector his attacks with the Regulars and Lights force the Americans to respond and Ferguson was able to pick units off.
Read More...