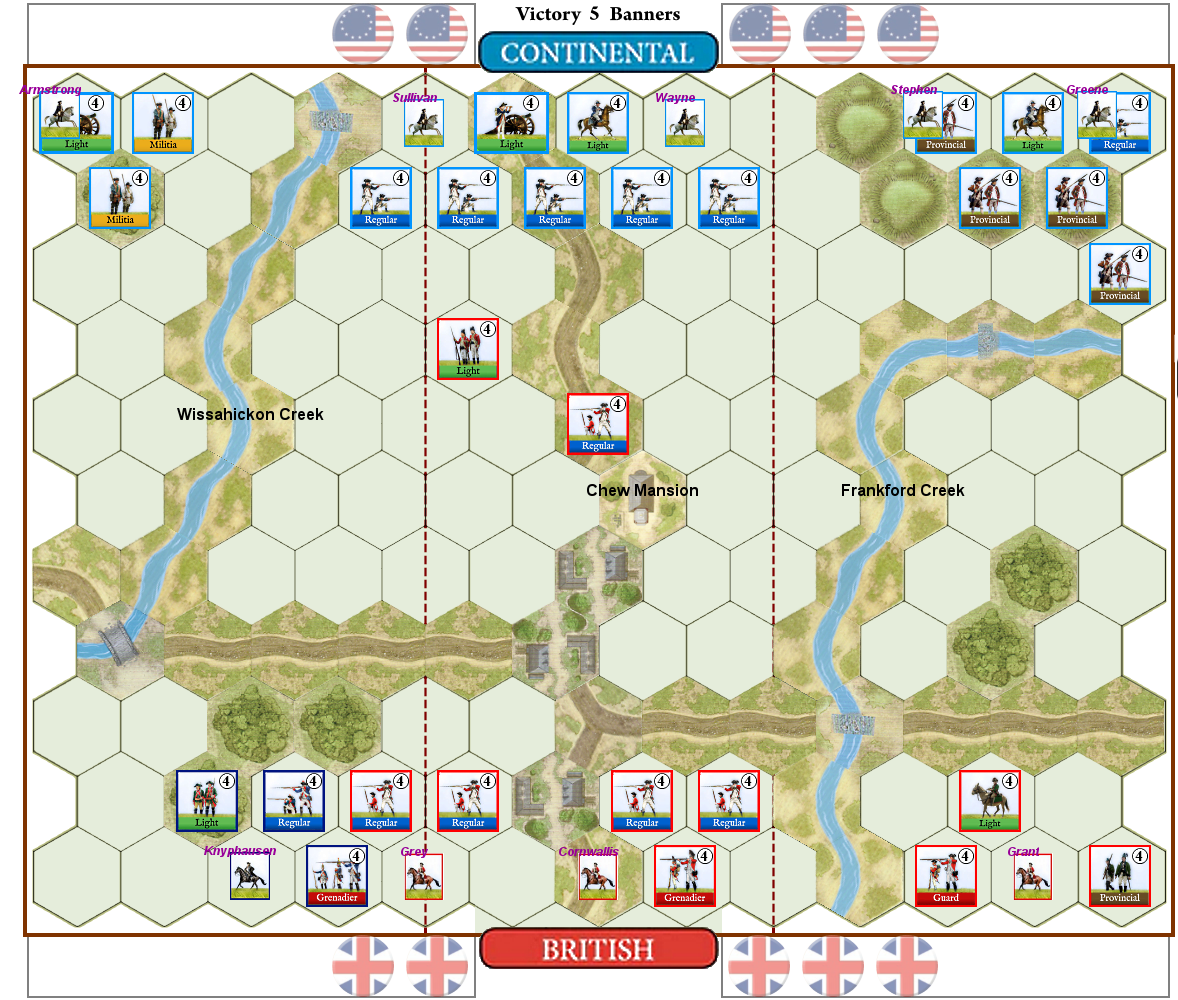 • *The British are surprised, British start with 2 Command cards. End of turn 1, 2 and 3 draw an extra Command cards. Start of turn 4 British will hold 5 cards.
• Wissahickon Creek is not fordable except at the ford.
• Frankford Creek is fordable.
• No Ranged fire beyond 3 range due to the Fog.
• No Opening carronade
• Chew Mansion is worth a Temporary Victory Banner to a side that occupies it at the start of their turn.
• Unit on Chew Mansion hex ignores 1 flag, except from artillery combat.
• No unit or leader within 2 hexes of Greene  (including Greene) may be ordered until the British player has 5 Command Cards in hand.
• Once only, at the start of a British turn, the British player may discard any Combat card and battle with one American unit in the American Left flank against another American unit in the Centre section.

rjvonline replied the topic: #591 1 year 2 months ago
A romp for the British.... despite losing their forward full-strength Light Infantry to a failed Rally Roll after Retiring & Rallying. The Regulars retired to Chew Mansion and never lost it. Except for a brief skirmish on the left flank, virtually all of the action took place in the center. The Brits moved forward in an organized way as did the Continentals. Once in position the Brits were able to fire two Volleys before charging with Bayonets led by Cornwallis and Gray . Sullivan was forced out the battlefield while soldiers died, and the Brits won the day. My opponent was unhappy with my die-rolling and his...

Mark McG replied the topic: #354 1 year 9 months ago
Thanks to Eric for doing up the scenario as a PDF