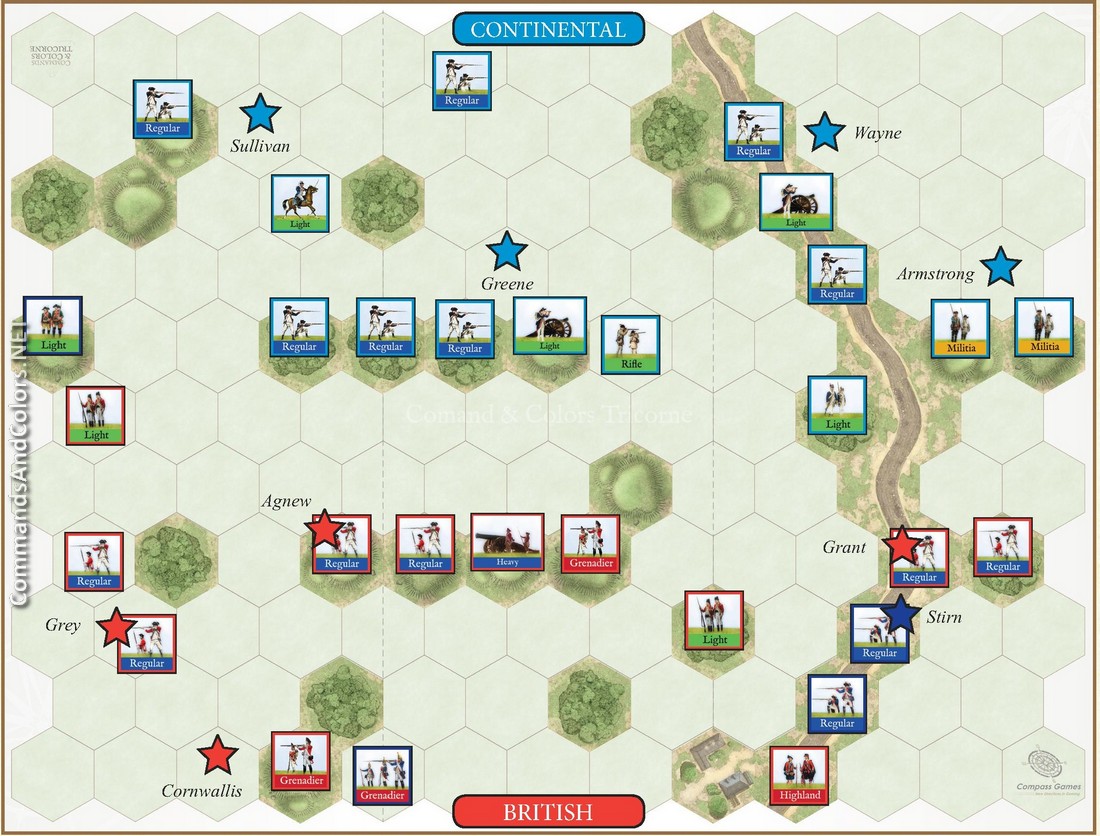 ozzie replied the topic: #502 1 year 5 months ago
A hard fought 7-4 to the British. Greene's whole brigade was pushed out of the wood on turn 1 with a British Line Volley backed with 3 Ranged Infantry Bonus cards, one for each unit firing. The Americans lost no casualties but multiple retreats they couldn't ignore pushed them all out. The Grenadiers punched through aided by Agnew and his attached Regulars whilst Grant and Stirn chased off the Militia. Some Americans got off the board at the road to get some banners but that initial volley put the Americans on the back foot from the start.
Read More...