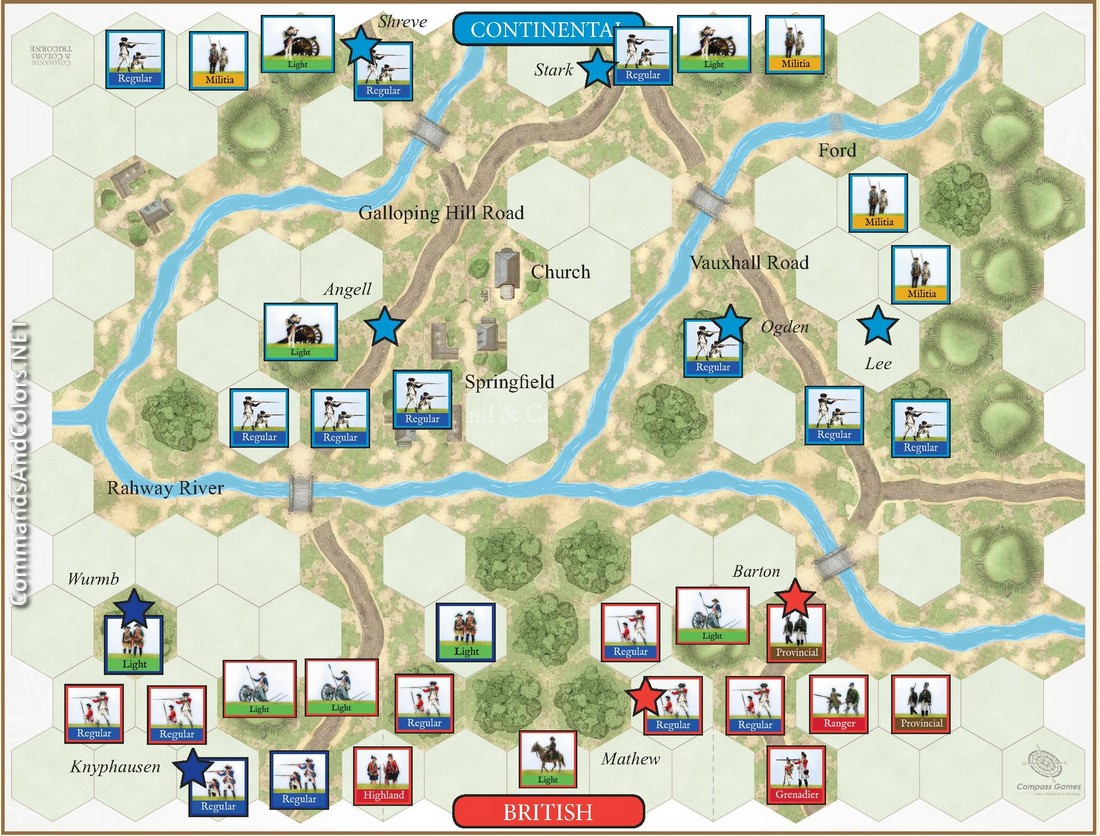 ozzie replied the topic: #396 2 years 3 months ago
This is a wonderful scenario. The British must elect which side to attack with first and clear the Americans from that part of the river. The Americans must hold on and inflict as much damage as possible because many British units have limited retreat space. When British intentions become clear the Americans can reinforce that sector but it is often a choice of shoot whilst you can or reinforce.