Fighting his way north, Howe repeatedly attempted to outmaneuver Washington, but in so doing failed to bring the Continental Army to battle. Finally, Washington stopped and established a strong fortified position in front of White Plains. Howe, reluctant to assault the rebel entrenchments, determined that the key to the battle would be the high ground beyond the Bronx River known as Chatterton's Hill. Howe ordered 4,000 Hessians and British troops to attack the 1,600 Continentals guarding Washington's right flank.
The fighting was fierce, but when the Militia on the extreme right broke and fled, the remaining Continental units were forced to give ground. Washington seeing that his flank turned, had little choice but to withdraw to the north. 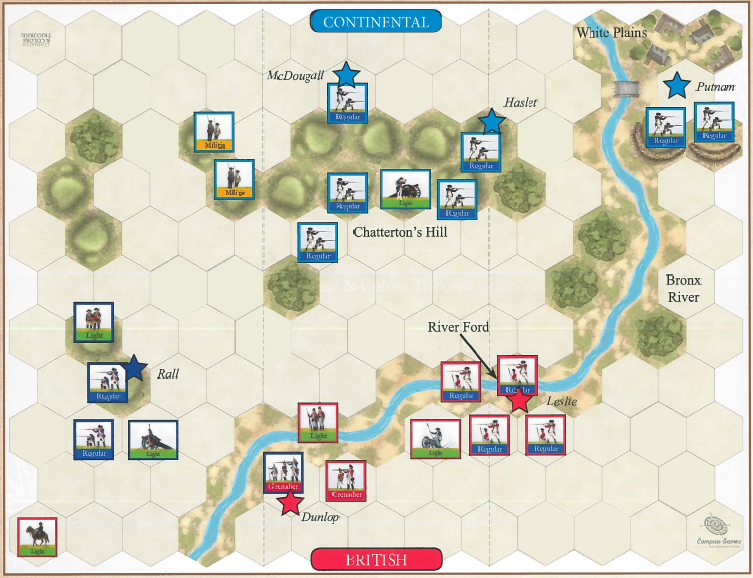 • Opening Cannonade rules are not in effect.
• The British player will gain 1 Temporary Victory Banner at the start of the turn when the Continental player does not have at least one unit occupying each section of the battlefield. Hexes with a dotted line in this case are treated as center hexes.
• The Bronx River is fordable. In addition, crossing at the ford does not stop movement.