On 16th September 1776, Washington sent a party of New England Rangers under Lieutenant Colonel Thomas Knowlton to scout the British movements to the south of his position. Knowlton descended from the northern plateau into an area of lower ground known as the Hollow Way and on to the next plateau. There his party of around 120 men encountered the British light infantry piquets and firing broke out.
More British troops from the 42nd Highlanders came up and the small party of Rangers was forced to retreat in some haste, with the British in pursuit. Washington ordered a force forward to lure the party of British further onto the plateau, while a second force moved around the British right flank and cut them off from the southern plateau and further reinforcement.
The light infantry and highlanders took the bait and moved further onto the northern plateau as the Americans fell back before them.
The American flanking party, as they moved south around the light infantry and highlanders, encountered some British troops and firing broke out, warning the light infantry that they were in a perilous position. Under persistent attack, the British retreated to a field in the Hollow Way, where they were joined by troops from the 33rd Foot, with some Hessians and guns.
The fighting continued for an hour until the imminent arrival of more British forces caused Washington to call his troops back.
The stage is set. The battle lines are drawn and you are in command. The rest is history? 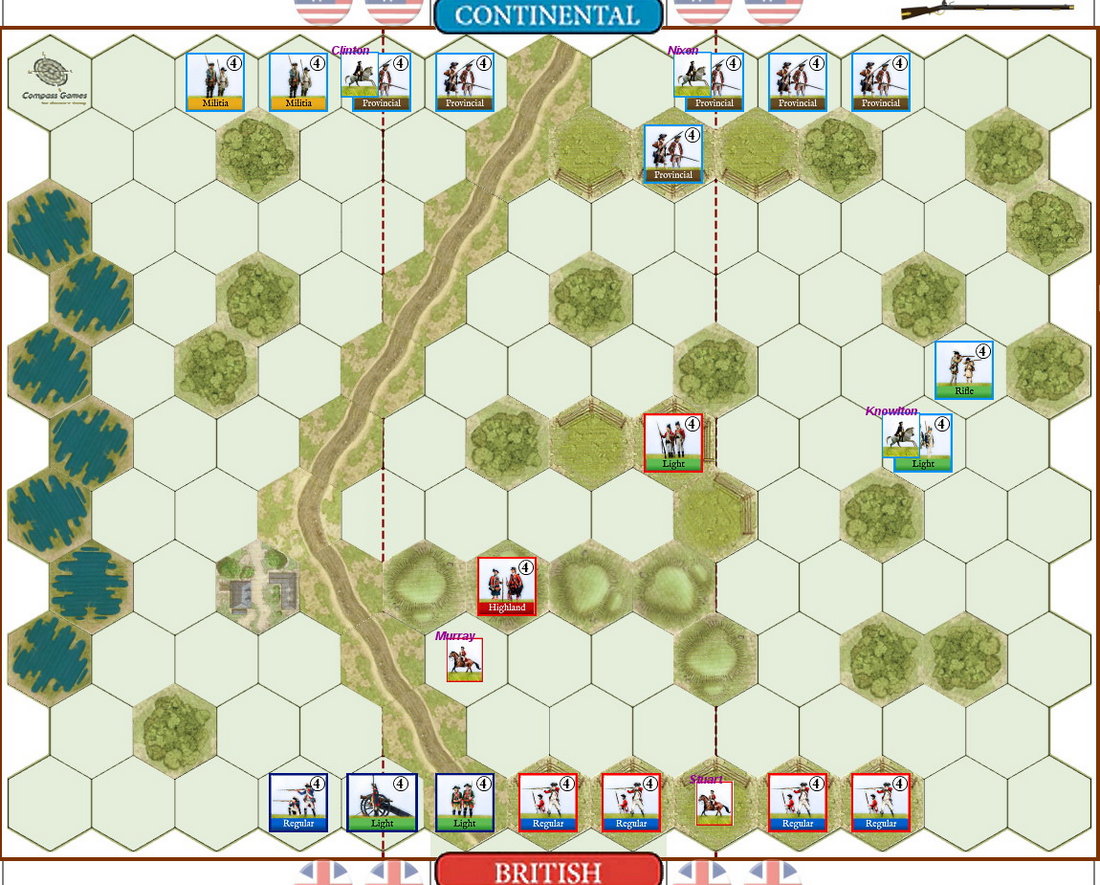 • Opening Cannonade rules are NOT in effect.