Sir William Howe, deciding against a frontal attack against Washington’s Continentals  on Harlem Heights, instead planned to flank Washington, but the first attempt at Throgs Neck failed. A second attempt was planned, but Washington had already determined he may be trapped on Manhattan and was in the process of moving his army to White Plains when the British landed at Pell’s Point. John Glover’s 750 Continentals opposed Clinton who was in command of the landing party of some 4,000 British and Hessen troops.
Glover, hoping to delay the British advance, staggered his men along the road, with  instructions to hold as long as possible. As the British advance guard came into contact  with the Continental forward position, both sides exchanged fire and the British fell back.
Clinton waited for almost an hour until his main force was in position before he attacked again. Both sides kept up constant fire as the British advanced. Glover, however, seeing that he could no longer hold, finally retired. With the British force delayed, the main Continental Army was able to safely evacuate Harlem.
The stage is set. The battle lines are drawn and you are in command. The rest is history? 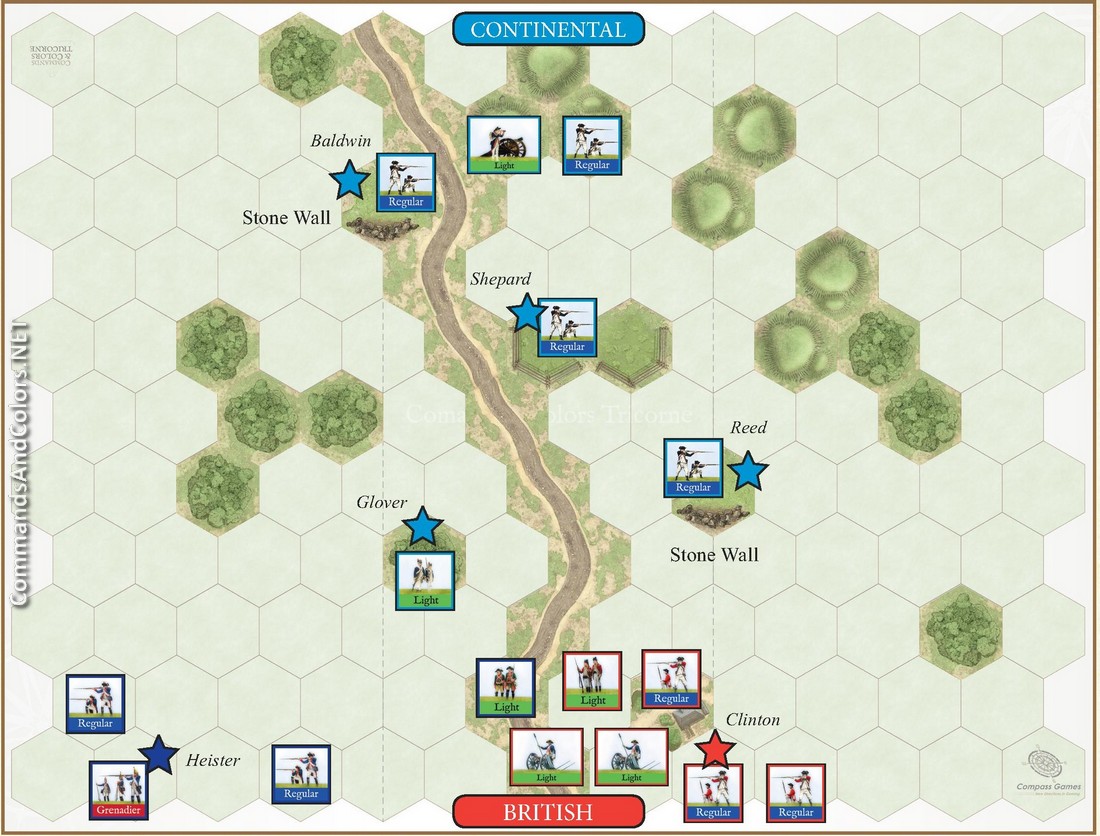