In April 1760, Lévis returned to Quebec with an army of over 7,000 men, including Canadien militia and First Nations warriors. He hoped to besiege Quebec and force its surrender in the spring, when he expected a French fleet to arrive.

General James Murray, left in command at Quebec, felt that his army was too small to adequately defend the walls of Quebec, which had not been improved since the British capture of the town. He therefore moved some 3,800 men into the field, all he could muster, along with over twenty cannon, to the same position that Montcalm had occupied for the 1759 battle. Rather than waiting for the French to advance, however, he took the gamble of going on the offensive. 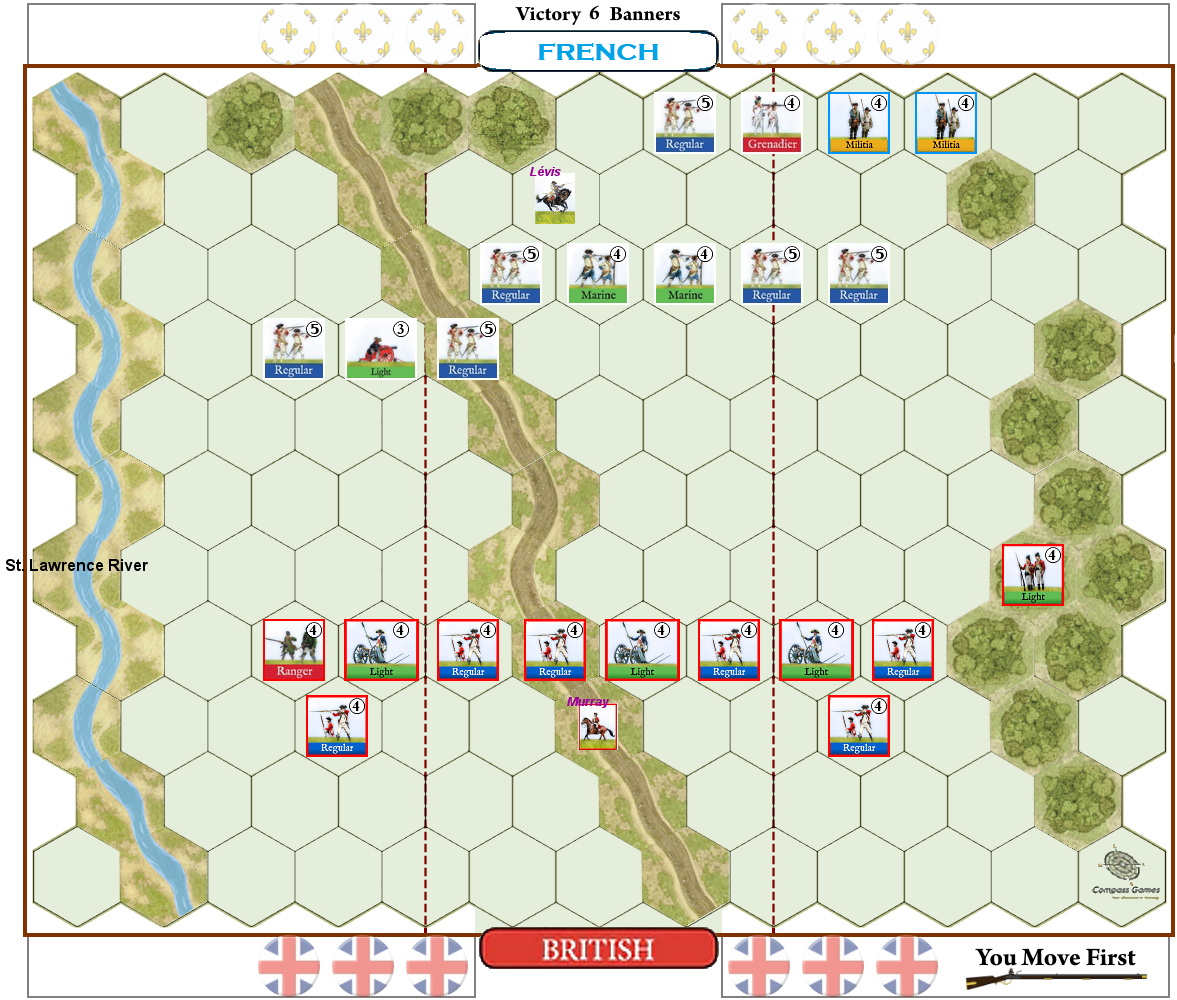 Special Rules
• Opening Cannonade is in effect.
• French Artillery unit is deliberately reduced in strength, and cannot increase in strength.
• The River (St. Lawrence) is impassable

OPTIONAL: French then British attach one unnamed leader to a friendly unit before the Opening Cannonade

Mark McG replied the topic: #622 1 year 7 months ago
well info is fairly sparse. Particularly around leaders other than Murray and Lévis.

magooF15 replied the topic: #621 1 year 7 months ago
I recently bought the book “Backs to the Wall” to research designing this one...ya beat me to it!
Read More...