François-Marie Le Marchand de Lignery's French relief force for the besieged French garrison at Fort Niagara fell into Eyre Massey's British and Iroquois ambush. This action formed part of the larger Battle of Fort Niagara. The British knew of the French approach well in advance and constructed a breastwork across the Niagara River portage road about two miles south of Fort Niagara.

As the French came out of the woods into the open, they immediately opened fire and began to deploy from column into line formation. Waiting until the French were within very close range, the British commander gave his troops the command to rise and fire. The 46th fired seven volleys, then advanced, firing at will. Massey later estimated that his men each fired about 16 rounds in the action. Meanwhile, the grenadier company's fire caught the French left flank in enfilade. When the French flinched before the deadly fire, the British attacked with the bayonet. French morale collapsed and the British-allied Iroquois rushed the survivors. 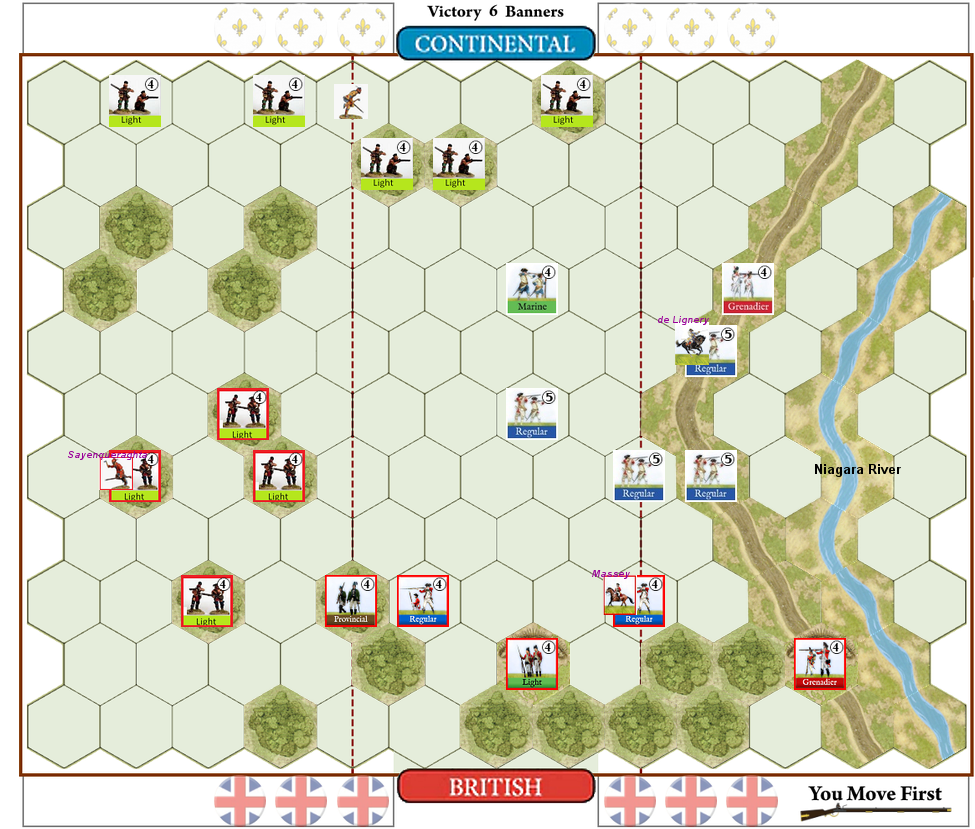 SPECIAL RULES
• No Opening carronade
• Niagara River is impassable
• All non-Indian unit and leader losses are worth 2 Victory banners.
• Indians cannot use cards with Line in the title