The Battle of Carillon, also known as the 1758 Battle of Ticonderoga, was fought on July 8 , 1758, during the French and Indian War.

The French fort of Ticonderoga lay at the southern end of Lake Champlain, part of the long inland waterway that was the main route for a British land invasion of French Canada. In June 1758 a force of British regular and American provincial troops from Massachusetts, New Hampshire and the other New England provinces, in all 15,000 men gathered at the head of Lake George. The nominal commander was General James Abercrombie, an elderly portly man raised to high command through political influence lacking military experience or ability. The true inspiration for the army was Brigadier Lord Howe. Howe understood the nature of warfare in America and worked hard to adapt the troops for forest operations. On July 5, Howe was killed in a reconnaissance. The disastrous consequence of Howe’s death was that actual command now fell on the inadequate Abercrombie.

Faulty reconnaissance led the English to believe they could easily storm the entrenchments protecting the fort by frontal assault. The reinforced French forces, protected by an abattis, devastated the English attacks, three of which were made over a 5 hour period.

The final assault by the 42nd Highland Regt suffered 50% casualties. 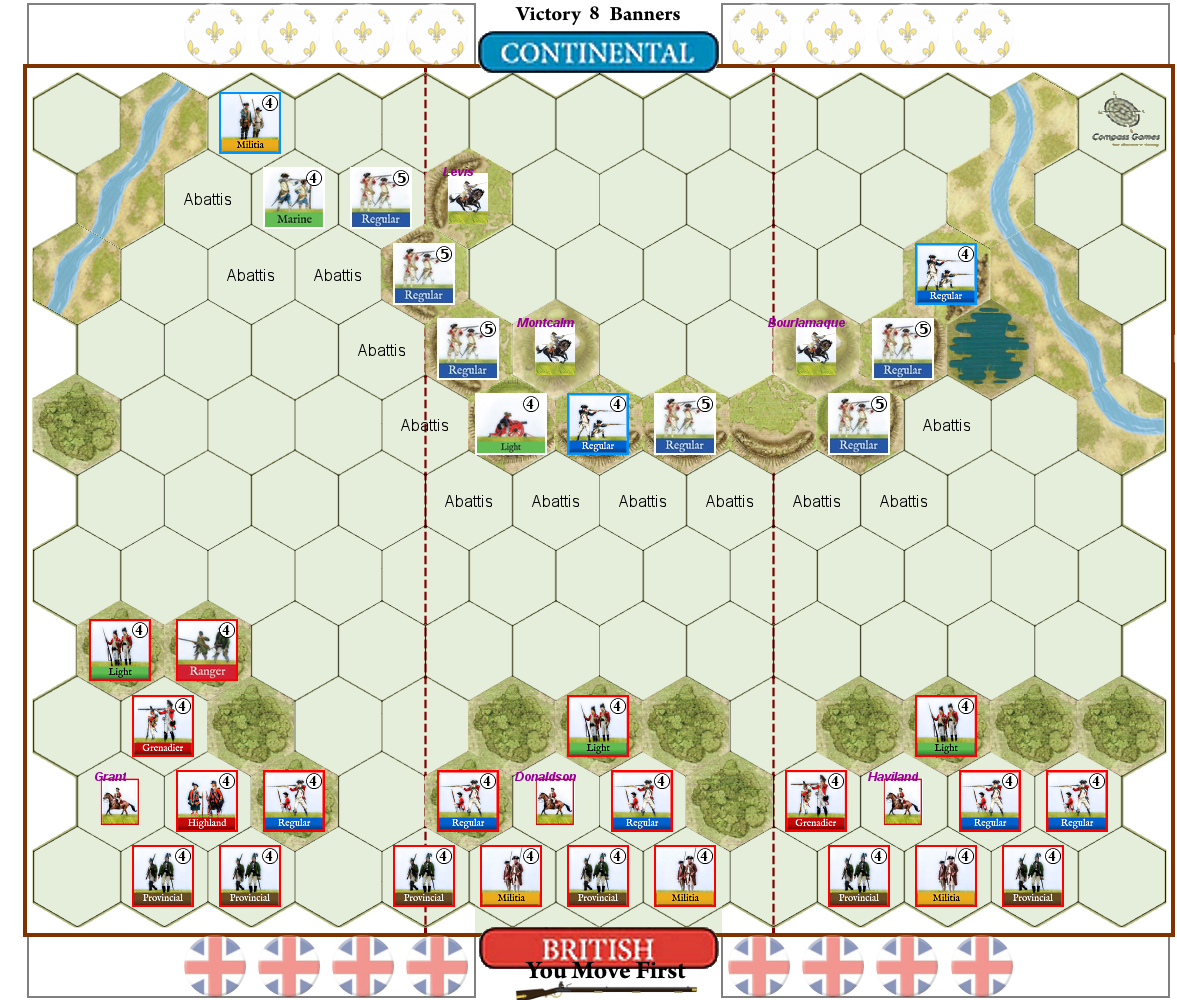 SPECIAL RULES
• Opening Cannonade is in effect.
• Camp hexes are worth 2 banners each to the British player if a British unit occupies the camp.
• The Abattis hexes stop movement, but do not block LOS. (use a coin or marker to designate these hexes).
• The Rivers are impassable