Wolfe formed his army on the plains in a single line of battalions, the right resting on the edge of the heights above the St Lawrence. From the right his regiments were: the 35th Foot, the grenadier companies of the 22nd, 40th and the 45th Foot, the 28th, 43rd, 47th Foot, Fraser’s Highlanders and the 58th Foot. One light gun had been dragged up the cliff and stood between the 47th and the Highlanders. The 15th Foot was formed at a right angel to the line on the left to protect the flank. Two battalions formed a reserve, the 3rd/60th and the 48th Foot.
Montcalm formed his army; from the right a battalion of Canadian militia, then the regiments of Bearn, La Sarre, Guienne, Languedoc, Rousillon and another battalion of militia. Skirmishing Canadians and Indians formed on the flanks.
A savage fight developed on Wolfe’s left between the skirmishers and the British Light Infantry and the reserve regiments under Townsend. The three French guns and the single British gun fired at the opposing lines. The French regular battalions advanced to the attack and the British regiments, who had been lying down to avoid the fire, rose up. The French fired ineffectually at too great a distance and came on. The British foot withheld its fire until the range was 35 yards, it is said. Two volleys were sufficient to destroy the French line. The British infantry then advanced and drove the French from the field.
Wolfe, who had been wounded in the hand, advanced with the 28th Foot until he was shot in the groin and then in the chest. A group of soldiers carried him to the rear. Wolfe rejected medical attention and was laid on the ground. Someone called “See them run”. Wolfe said “Who?” He was answered, “The French.” Wolfe directed the 28th to march to the bridge across the St Charles River to cut off the retreat and then died.
Canadian skirmishers continued to fire on the British until they were driven back. The French army retreated into the city in confusion. Montcalm, who had been shot, was carried with the retreating throng until he was taken from his horse into a house nearby, where he died.
The stage is set. The battle lines are drawn and you are in command. The rest is history? 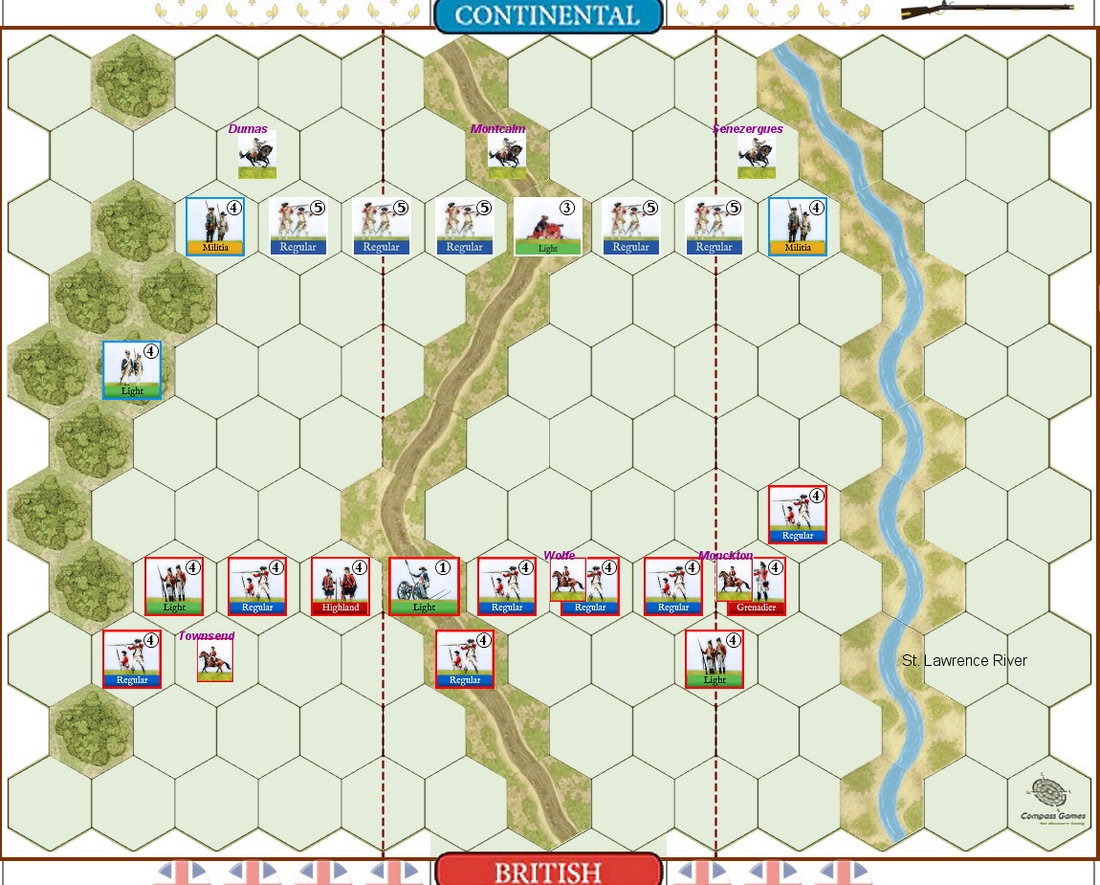