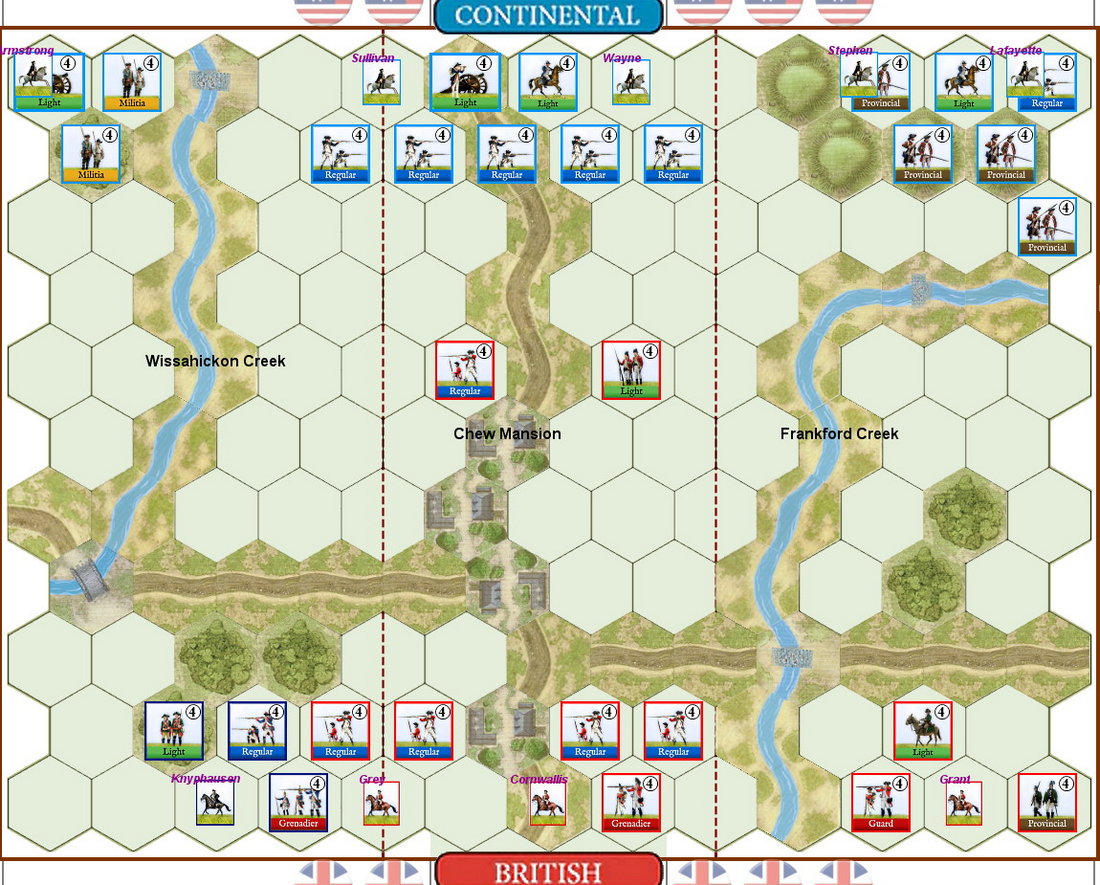 • *The British are surprised, British start with 2 Command cards. End of turn 1, 2 and 3 draw an extra Command cards. Start of turn 4 British will hold 5 cards.
• Wissahickon Creek is not fordable except at the ford.
• Frankford Creek is fordable.
• No Ranged fire beyond 3 range due to the Fog.
• No Opening carronade
• Chew Mansion is worth a Temporary Victory Banner to a side that occupies it at the start of their turn.
• Unit on Chew Mansion hex ignores 1 flag, except from artillery combat.
• No unit or leader within 2 hexes of Lafayette (including Lafayette) may be ordered until the British player has 5 Command Cards in hand.
• Once only, at the start of a British turn, the British player may discard any Combat card and battle with one American unit in the American Left flank against another American unit in the Centre section.