The Battle of Huertgenwald (September 19, 1944 to February 10, 1945) has become the longest single battle the U.S. Army has fought in its history.
Extended supply lines slowed down the unexpected fast progress of the U.S. Army from the beaches of the Normandy towards central Germany.
The dense Huertgenwald (better knwon as "Hurtgenwald") northeast of the German-Belgium border became place of some of the most brutal and intense battles between the advancing U.S. Army and the shattered defending troops of the German Wehrmacht.
This scenario depicts the U.S. 9th Division and 28th Division trying to secure an area leading to the strategic important village Schmidt in Huertgenwald.
During the foggy night of November 1st, 1944 an engineer unit of the 9th Division was captured by the german defenders. The U.S. Army sends more troops from the 9th and 28th Divisions to free the pow and gain control of the important area.
The fortified German defenders of the 89th Infantry Division request help from the 116th Greyhound Panzer Division to repel the american attack. 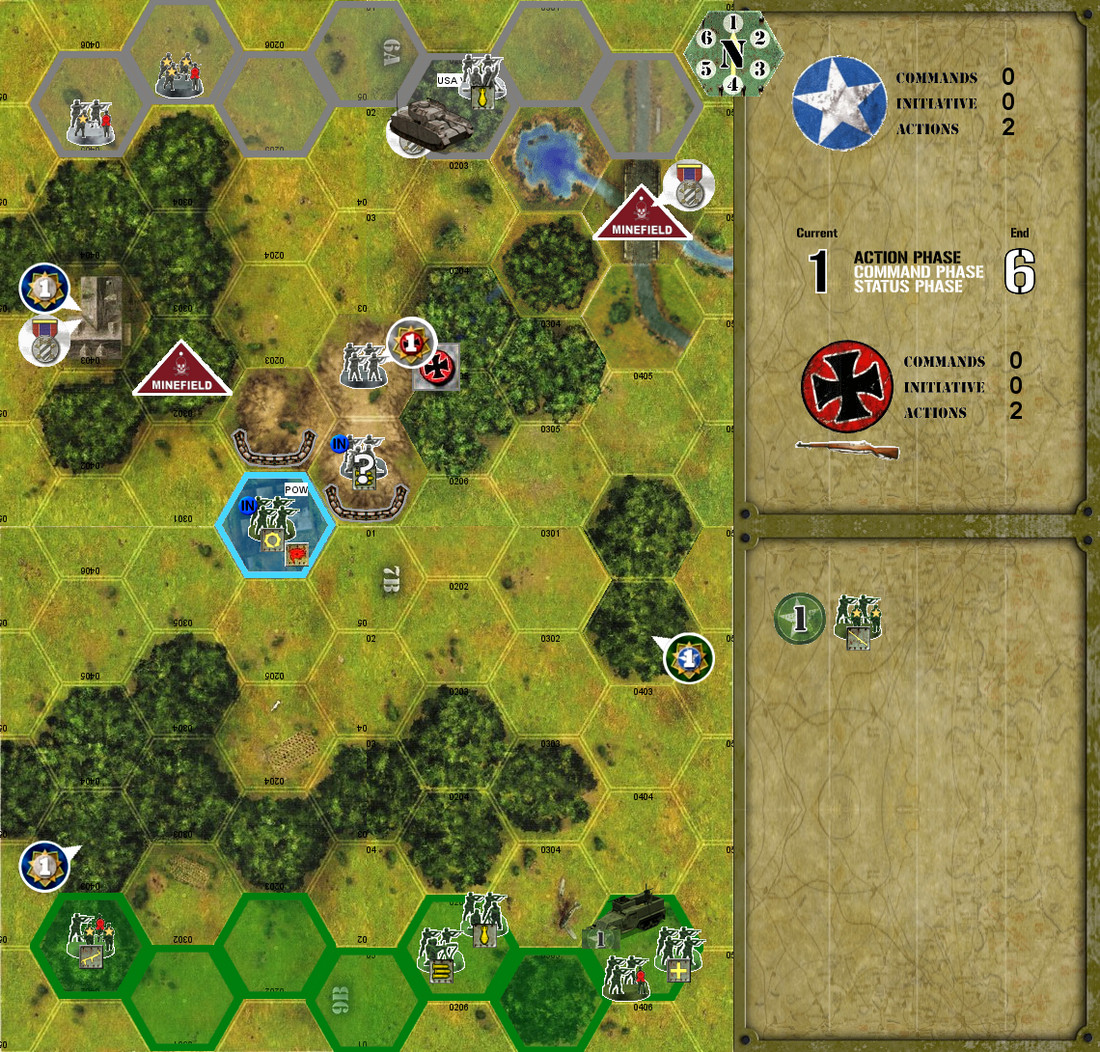