1st Airborne Div., 4 September 1944
This British unit under the orders from Major General Robert E. Urquhart has to capture Arnhem and the bridges surrounding the city. The most important objective is the bridge on the Arnhem road that is the gateway to Germany.
Urquhart had experience in ground combat, but it's the first time he commanded an operation airborne. Mission is hold the positions until the XXX Army Corps tanks cross the corridor of about 100 km long, from the border with Belgium to Arnhem. Urquhart make the same mistakes in which the two commanders fell Americans in Normandy and that this time they corrected. The British select two areas of landing too far from the objective; having against him time, since its area of ​​operation It was the farthest and I had to wait until the conclusion of the Operation Garden. Urquhart accepted reluctantly the mission, conscious risk, although he had the First Brigade support Polish paratrooper commanding the Major General Stanislaw Sosabowski, who would be thrown into southern British division, the D-Day + 2.
8th day of operation Market- Garden
The remains of the 1st Division along with Sosabowski's few men that have arrived as reinforcement still resist to the south of the bridge, almost 600 meters long, sheltered on rooftops and trenches, hopeful that Horrocks do their part of the plan, and He arrives with the XXX Body of I exercise, before it's too much late.
Horrocks is 4 days late, and for ill of ills, the radio communications are seen affected by the high content of Dutch ground iron, and they are also very difficult.
Urquhart and Sosabowski look up behind, waiting to see the Allied tanks, while ahead of them, the forces of Von Tettau, the 2nd Panzer Corps and the 2nd Division of Infantry, they regroup for the attack...

... listen to me well, if the thirty body is not here before past 36 hours, tell them not to bother to come or bring 150 coffins with them!!!
Major General Urquhart 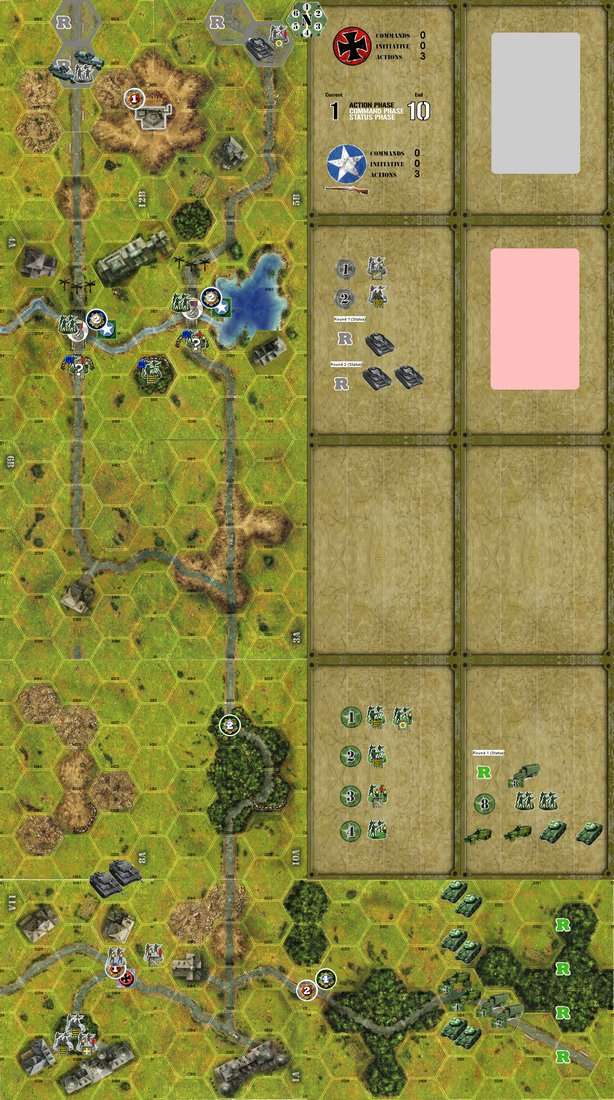