The final objective of the Maquis is the destruction of an important road bridge which the Germans are using to supply the Cherbourg garrison.

Hauptmann Von Saukopf's security forces have found out about this plan, but do not know exactly which bridge will be targeted. 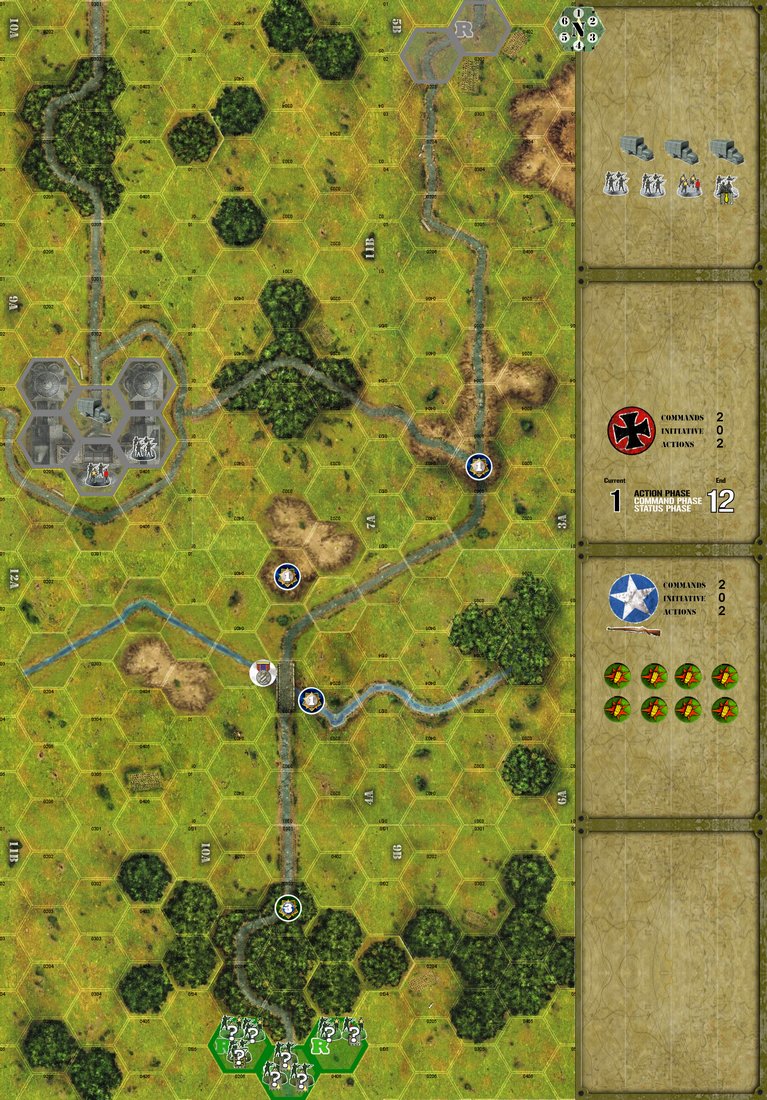 If the Partisans won the previous mission, add one squad with three regular infantry to the reserve group.
The MG team counts as only one figure for the "no more than three figures per base" rule. The MG team uses the stats for German MG teams.
MG teams may use Fire and Movement actions in this mission. Their Range is reduced to 4 if they do so. This is a bipodmounted MG34 that is easier to move around.
The Partisans receive three Demolitions specialization tokens. The Partisan demolition squads are carrying eight demolition charges in total, not per squad.
These are the standard charges from Normandy which inflict three successes each on detonation.
If a Demolitions squad takes casualties, the Partisan player may chose to remove the required number of figuers from other friendly squads in the same hex.
The Maquis start play with 2 Command Points in their Play Area.

MG teams may use Fire and Movement actions in this mission. Their Range is reduced to 4 if they do so. The Polizei uses a bipod-mounted MG34 that is easier to move around.
All trucks have been reinforced with sandbags and extra steel plates and have an Armor value of 1 und a Movement value of 3. They also lose their Fragile trait.
Mark one of the trucks to be armed with an AA gun. The gun has Range 5 and Firepower 5 versus infantry and Range 4 and Firepower 3 versus vehicles. This truck has no Transport capability.
The Germany start play with 2 Command Points in their Play Area.

Our losses... have reached an intolerable level. (Commenting on German naval losses in the Atlantic Theater, May 1943)