June 1944 - The Germans are trying to get as many supply convoys to Cherbourg before the Allies can cut the Cotentin Peninsula off. The Maquis - the French resistance - are also busy ambushing these convoys. One group, led by the infamous Jaques Brouchaux, has been particulary successful, so the German Hauptmann Dieter von Saukopf has decided cut Jaques' partisan career short. The Hauptmann has prepared a nasty surprise for the partisans when they attack the next supply convoy. 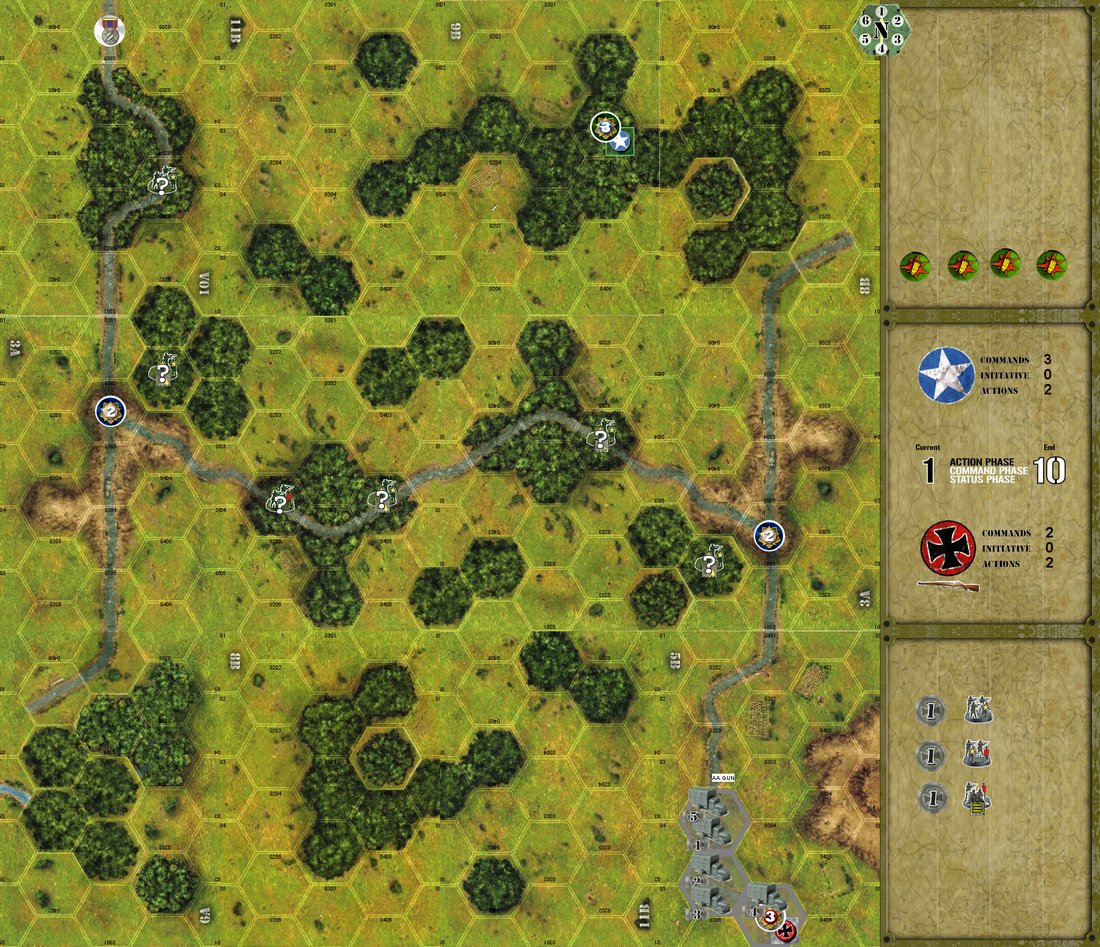 Mark all trucks with transport markers. Secretly record one of the trucks to be armed with a 2cm anti-aircraft gun. The Polizei uses the 2cm Flak AA gun as a heavy weapon against ground forces. All squads set up mounted on trucks. Keep the contents of the trucks secret from the Maquis player. You may reveal the contents at any time, either by dismounting squads or by firing the AA gun.
All trucks have been reinforced with sandbags and extra steel plates and have an Armor value of 1 und a Movement value of 3. They also lose their Fragile trait.
The truck with the AA gun has Range 5 and Firepower 5 versus infantry and Range 4 and Firepower 3 versus vehicles. It has no Transport capability. It is one unit, a "gun truck". The AA gun may not be dismounted.
Place a German control marker on the German 3-point command objective during set-up.
The Germans start play with 2 Command Points in their Play Area.
MG teams may use Fire and Movement actions in this mission. Their Range is reduced to 4 if they do so. The Polizei uses a bipod-mounted MG34 that is easier to move around.

Strategy Decks:
Remove the two Take Down the Beast cards from the Morale Deck I.