At 0330, 5 July, undeterred by a massive Soviet counter preparation fired hours before and by a knowledge of certain Soviet awareness of their plans, German artillery opened fire. About an hour later, the Germans commenced massive armoured assaults on Soviet positions north and south of Kursk. In the north the German assault struck Lieutenant General N. P. Pukhov's 13th Amy deployed in a forty-kilometre sector astride the rail line to Kursk. For seven days, German armoured forces and infantry pushed forward through Fukhov's first-echelon rifle corps, By the end of the second day, the Germans had smashed those corps' lead divisions and, by the end of the third day, had driven into the defensive belt occupied by Fukhov's corps' secondechelon divisions deployed between Kashara and Ponyri Station.
In a welter of combat, Fukhov committed first his infantry, tank and self-propelled gun support regiments and brigades, then his second-echelon rifle corps. The front released to his control the tank corps of 2d Tank Army, and by 7 July, the three corps of that army advanced into the teeth of the German assault. Vicious fighting raged as the Germans threw in fresh forces, first toward Ponyri and then Ol'khovatka, in desperate attempts to slice through the dense mass of infantry supported by a profusion of self-propelled artillery, antitank guns, tanks, and sapper units incessantly sowing new minefields.
On 12 July, at a depth of from two to twelve kilometres into the Central Front's defence, the German advance expired from sheer exhaustion just as Soviet guns echoed from the north announcing the commencement of the planned Soviet counteroffensive against German positions around Orel. In the course of seven days, at tremendous cost in lives and material on both  sides, the Soviets had denied the Germans their vital tactical Penetration in the north.
Blitzkrieg had failed in the debris-strewn ground around Ponyri and on the gentle slopes rising south of Teploye. Within two days, the tide of battle rippled back toward the north. 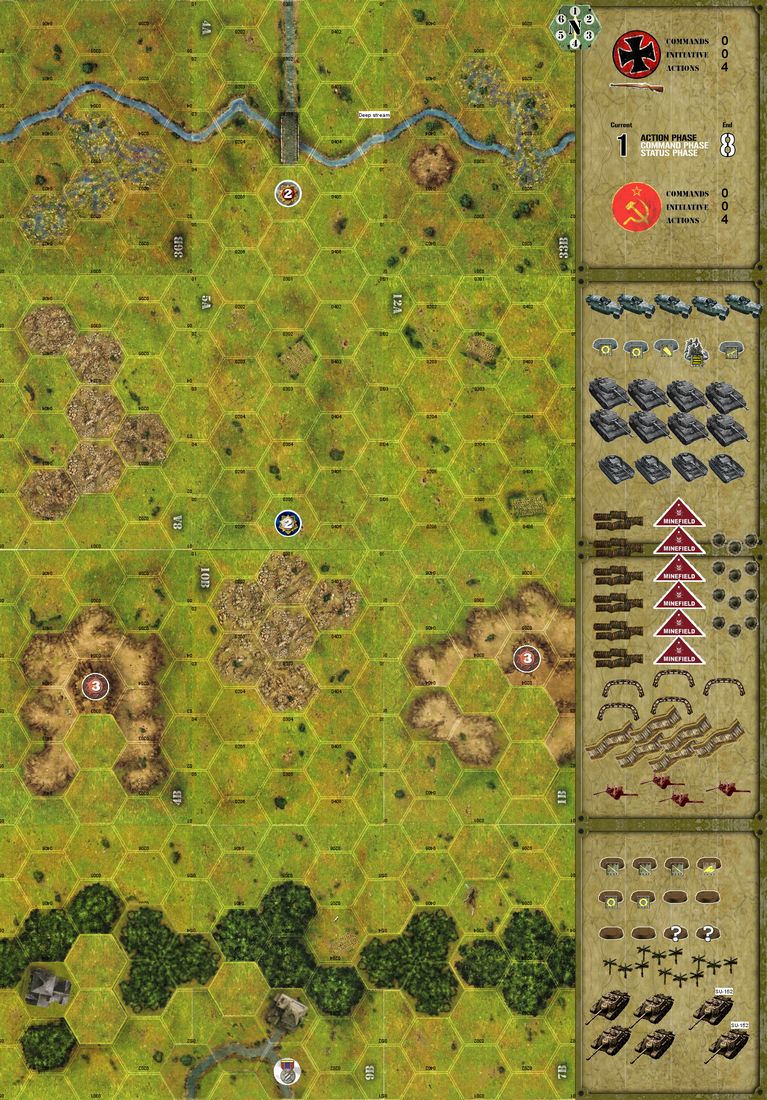