Assault on the Reichstag 30 April-2 May, 1945. After nearly four years of bitter fighting the Soviets had repelled the Germans from the Gates of Moscow all the way to the doorstep of the Reichstag, which they dubbed the Lair of the Fascist Beast. Stalin had set a very strict deadline for taking it prior to the May 1st Celebrations. Initially the Soviet assault was hindered by the lack of supporting artillery and tanks because there were no intact bridges left across which to transport them. To make matters worse, the German defenders did have very powerful artillery support in the form of 12.8 cm guns located on the nearby Flak tower. Eventually the Russians, after having repaired the bridges, did manage to bring in tank and artillery support. After fierce fighting and heavy casualties, they succeeded in overwhelming the numerically inferior yet well-entrenched Germans and hoisted the red flag atop the building. Fighting in fact continued in the building through May 2nd. The famous photo symbolizing total victory over the Nazis was in fact taken a day later for that reason.
The question isn’t whether you, as the Russian player, will eventually overwhelm the Germans, the question is will you be able to meet Stalin’s tight deadline? As for the Germans, can you make the Russians pay dearly and delay them as long as possible? 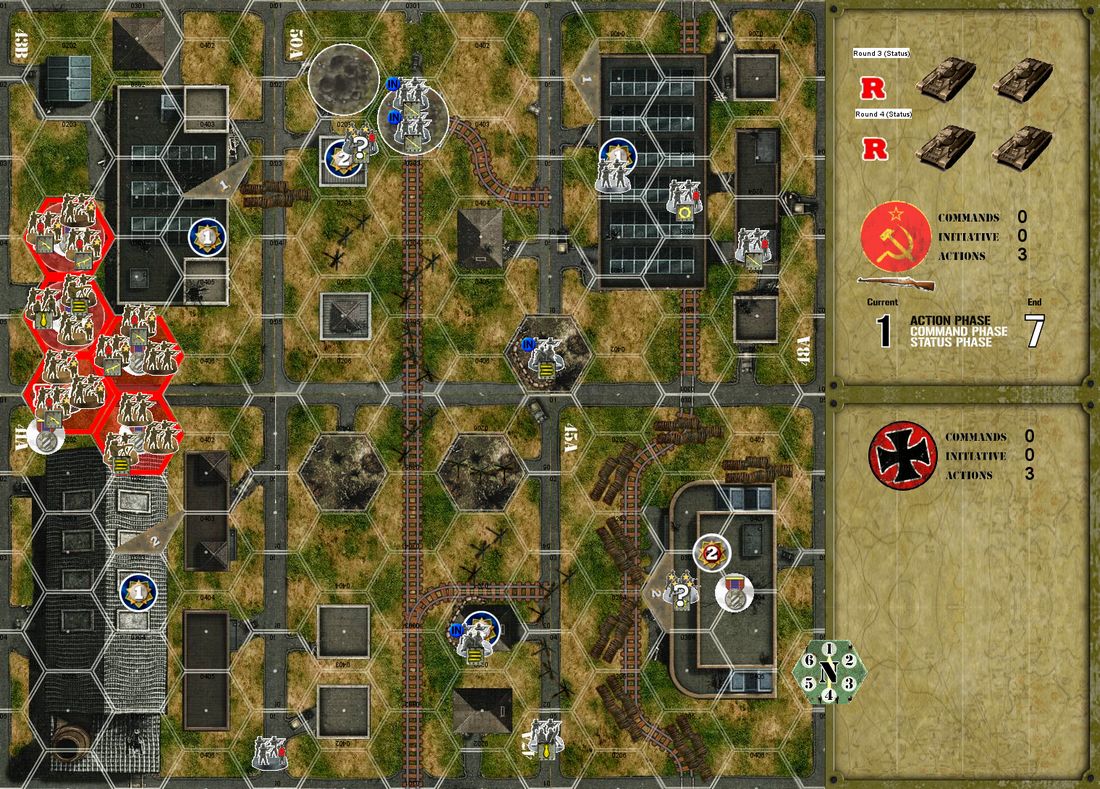